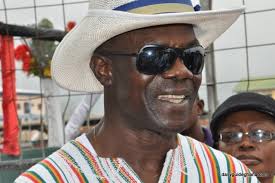 Kennedy Agyapong on Net2TV told Colonel Gbevlo Lartey to desist from any action that will undermine the peace of the country.

He said he has a leaked audio recording of Gbevlo Lartey allegedly planning to disturb the country’s peace but he and the NPP will not sit aloof and watch the NDC plunge the country into a state of chaos.

“Try anything funny in this country, and let’s see who dies first”.

But in a post on Facebook addressing the issues with regards to the leaked audio and claims by Kennedy Agyapong that he wants to plunge the country into turmoil, Colonel Gbevlo Lartey said that is not his style.

To him, he believes in following constitutional means of seeking justice and that is what the NDC seeks to do in their contest against the stolen verdict.

He denied knowledge of the said audio saying “Mischief! For the avoidance of any doubt, I have not put out any voice clip. That mischievous voice clip making the rounds with someone singing and threatening is not by me. That is not me, absolutely not my style, not my posture and not my choice of words”.

“In any case, I sing better than that. My commitment to contribute to ensuring that the elections are not stolen by any of the contending parties has better and honourable ways of expression in accordance with the law. Fairness and credibility in Sene West, Techiman South, Sefwi Wiawso, Esikado- Ketan etc on my mind. We have come such a long way not to be cowed or petrified by any threats – a citizen and not a spectator,” he added.