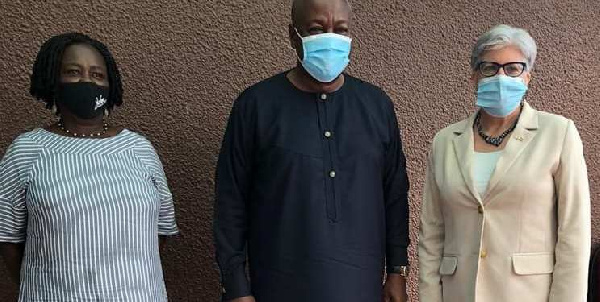 US Ambassador Stephanie S. Sullivan has met with former President John Dramani Mahama barely a week after he rejected results of the December 7 general elections.

The US Ambassador also met Mr Mahama’s running mate in the elections, Professor Jane Naana Opoku-Agyemang, at the meeting on Thursday, December 17.

They “discussed the recent elections”.

Since Mr Mahama’s official rejection of the election results, which declared incumbent Nana Addo Dankwa Akufo-Addo as the winner, his supporters have held scattered demonstrations across the country.

On Thursday after a group of supporters demonstrated near the headquarters of the Electoral Commission, Ghana (EC), 26 of them were arrested by the police.