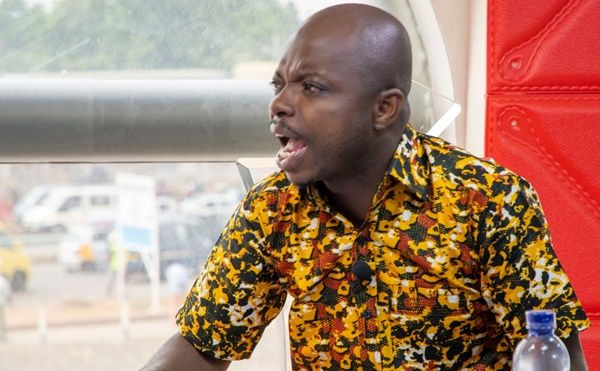 Bono Regional Chairman for the New Patriotic Party (NPP), Kwame Baffoe, known affectionately as Abronye DC, has asked corrupt government officials in the Akufo-Addo led administration to flaunt the largess they steal from office like they do when they donate one motorbike to a Constituency.

According to him, while the party grassroots and others were working, government appointees were sitting in their air-conditioned offices stealing from the coffers of the state.

And later when they joined the campaign by donating one motorbike, they publicized it just so the President will think highly of them in his appointment in his next government.

To Abronye, the President of Ghana will suffer in the second term and this is because his appointees who have had the opportunity to steal monies from the state failed him and failed to provide adequate support for the party going into 2020 election.

“If you’re a cabinet Minister and you buy a motor bicycle and when it’s time for appointments you start circulating it on Facebook and WhatsApp then it’s worrying because me who did not benefit from the NPP’s first term has even bought cars for people and I didn’t publicize it.”