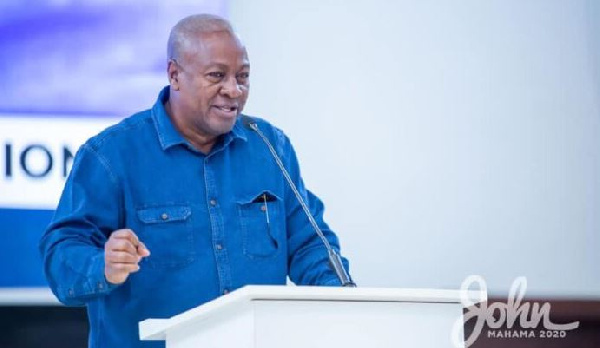 A group calling itself the Gonjaland Youth for Peace and Development is appealing to former President John Dramani Mahama who they describe as their uncle to concede defeat in the recently held general elections and allow for progress.

The group is also urging him to call his supporters who have been rowdy protesting the outcome of the elections in various parts of the country to order.

During a peace walk at Buipe in the Central Gonja District of Savannah region on Thursday, they said “ We the Youth of Gonjaland that are seeking for nothing but peace to enable our Country Ghana and that of our dear infant region to grow saw a massive number of us on the principal street of Buipe pleading and asking our uncle Former President John Dramani Mahama to call his NDC members who have taken to the streets of Ghana for that matter, Savannah region to register their displeasure at the Jean Mensa led EC.”

According to the group, many including the international community have held in a high-esteem the EC that has successfully organized one of the most transparent, free, and fair elections over what NDC claim is flawed.

“We are pressing on our dear uncle who we’ve supported since 2008 to either concede defeat or call President Nana Addo Dankwa Akufo-Addo the duly elected President of the Republic of Ghana to congratulate him just as his other 10 contenders have done or he should resort to the appropriate quarters which is the court to argue his case out.

Gonjas are tolerant and peace-loving people and wouldn’t allow our name to be dragged to the mud over someone’s interest”, they observed.

NPP MP-elect ‘caught’ with US citizenship