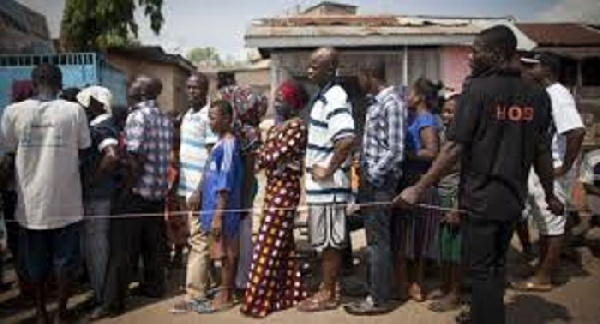 Voting began on Sunday in the Central African Republic’s presidential and legislative elections after a campaign period marked by violence between rebels and government forces.

Despite calls from the opposition to delay the vote amid the insecurity, the Constitutional Court rejected a postponement.

President Faustin-Archange Touadera, seeking a second term, has tried to reassure candidates and voters that the voting will be secure.

This is the central African country’s first election since a peace deal was signed between the government and 14 rebel groups in February 2019, although fighting continues.

Three peacekeepers from Burundi were killed and two others wounded Friday by armed combatants.

The U.N. Secretary-General Antonio Guterres condemned the attacks in the Dekoua and Bakouma areas ahead of the elections, calling for swift justice and saying they may constitute war crimes.

The U.N. retook the town of Bambari last week from rebels. Rebel groups have also seized several towns near the capital, Bangui.