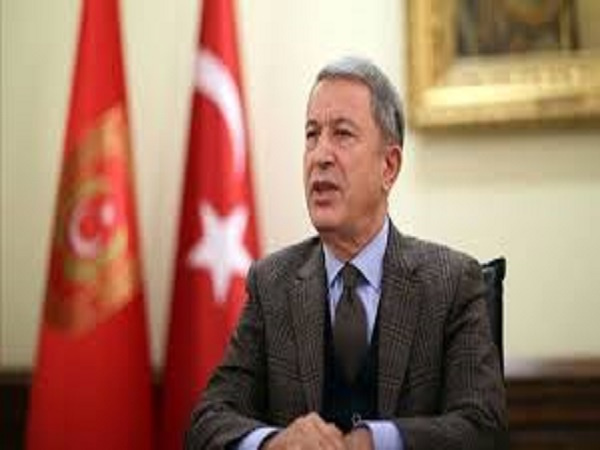 Turkey’s Defense Minister Hulusi Akar on Sunday said that all elements of Libya’s east-based commander Khalifa Hiftar would be considered “legitimate targets” if there are any attacks against Turkish forces.

Speaking at a news conference in Tripoli, Akar said that the main problem in Libya is “the putschist Hiftar group and his supporters.”

Akar’s unannounced visit to Tripoli came after the Turkish parliament on Tuesday extended for 18 months a law that allows the deployment of Turkish troops to Libya.

The decision was made despite the cease-fire deal that envisioned the departure of foreign forces and mercenaries within three months.

Libya was plunged into chaos after the 2011 NATO-backed uprising that toppled and killed long-time dictator Muammar Gaddafi.

The oil-rich country is split between the UN-supported government in the capital, Tripoli, and rival authorities based in country’s east.

The two sides are backed by an array of local militias as well as regional and foreign powers.

In April 2019, Hiftar and his forces launched an offensive to try and capture Tripoli, a campaign that collapsed after Turkey stepped up its military support of the UN-supported government.

Turkey deployed hundreds of troops and thousands of Syrian mercenaries to back up its Libyan allies.

The two sides signed a nationwide, UN-brokered cease-fire deal in October that included an exchange of all war prisoners.

Calm as Niger counts down hours to crucial election