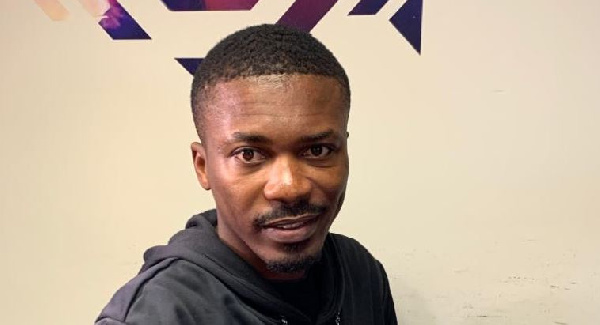 The very much anticipated comedy night, “New Year Comedy Night” that comes off on new year’s day, Friday January 1st, is upon us and patrons have been promised a memorable evening of unending laughter and excitement. Host for the night and EMY award-winning comedian, Clement Ashiteye popularly known by many as Clemento Suarez has said DKB isn’t his competition.

Ahead of the show, which will be held at the Alsia Hotel, North Ridge, Accra, comic actor Clemento Suarez has said people shouldn’t compare him with DKB because he (DKB) isn’t on the same tangent as he (Clemento Suarez) is. His reason being they are both doing in the comedy industry together to build and promote it beyond the borders of the country and the constant comparison as to which of the two is better will not help the goal they want for the industry. Also they are both doing different comedy genres; he is a comic actor and DKB is a Stand-up comic.

“DKB and I cannot be compared on the same level because he is a Stand-Up comedian and I am a comic Actor. We are both a juggernaut of our respective comedic fields so people should respect that and give due diligence when it is needed. We both have a common goal and when people constantly compare ‘who is better’, it hinders the progress.” He said.

Clemento Suarez will be the host for the much-anticipated comedy night, “New Year Comedy Night” and will be supported by the very beautiful Matilda Hipsy. Tickets are going for a cool GhC 70.00 for regular and GhC 100.00 for VIP. Pay for your tickets via MTN Mobile Money Number 055-813-4734 or pay at the gate with GHQR code. If you wouldn’t be able to make it to the venue due to some reasons, you aren’t left out of the fun, you can watch the show live on http://www.veventsgh.com for just GhC 10.00.

Performing on the night include DKB, Lekzy DeComic, Comedian OB, Comedian Waris, MjTheComedian, PJay, Ranzy. . There would also be music performances from Keche and Mr Drew.

Rawlings preferred to be in the hearts of men than monuments, statues – Mahama