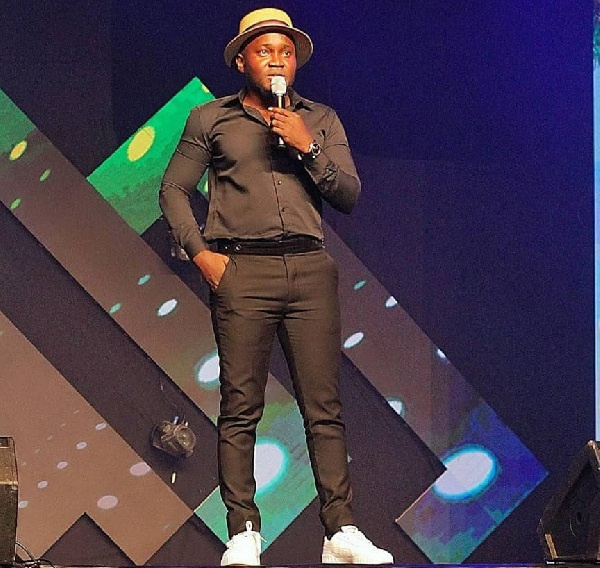 OB Amponsah’s performance at Night of 1027 Laughs and Music elicited positive reactions from some patrons as they took to social media to express how excited they were watching the stand-up comedian tell rib-cracking jokes on the night.

The witty, gentle-looking ‘optometrist by day, comedian by night’ clad in black apparel with a pair of white sneakers and hat to match, among others, told a joke about why Christians are perceived as soft and Muslims tough. The content of his script, delivery, his facial expression, and the level of interaction with the audience ensured that patrons had a blissful moment.

Other performers at the event held on December 26, 2020, at the Grand Arena of the Accra International Conference Centre included Ghanaian comedians Foster Romanus, Lekzy DeComic; and Nigeria’s Bovi, Acapella, and Okey Bakassi.

Lynx Entertainment act KiDi and gospel musician Diana Hamilton were also on the bill to dish out musical performances.

Organised by Charterhouse Productions, the music and comedy event which was birthed about sixteen years ago presents the general public the opportunity to de-stress and end the year with laughter and tears of joy.

Last year’s edition saw OB Amponsah shine in the midst of adversities. Two days to the event, he had been criticized, verbally abused, and threatened by some members of the opposition National Democratic Congress (NDC) for performing a joke about their flagbearer John Mahama at Decemba2Rememba 2019, held at the Fantasy Dome.

Having been subjected to attacks in diverse ways, some were of the view OB Amponsah would be affected psychologically but the comedian was in his element as patrons were blown away by his performance.

Below are some reactions to his performance at Night of 1027 Laughs and Music.

Gifty Anti narrates how she wept after her ‘borrowed’ car crashed