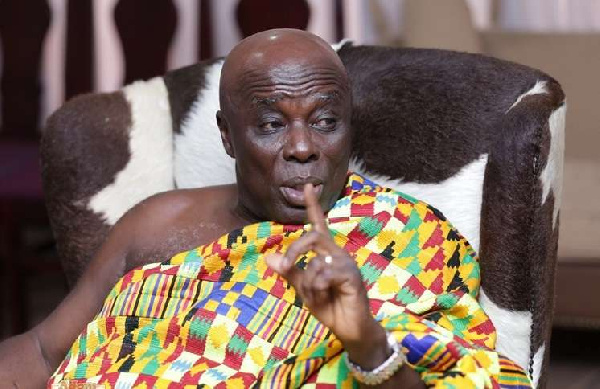 “Let us as a nation support the President since he is selfless and with time, truth, goodness would triumph over evil,” Okyenhene Osagyefo Amoatia Ofori Panin has said.

He believes that at the end of the President’s second term of office, Ghana will be prosperous.

The Okyenhene stressed, “you have done well in the last four years but some people would say you have done nothing. We thank God for giving you to Ghana as a President”.

According to him, with fine policies like the Planting for Food and Jobs, Free SHS, provision of ambulances among others, it was not surprising the performance of the president, culminating in his re-election.

On his part, President Akufo-Addo called on Ghanaians to continue to pray for him and his government to help develop the country and also ask for God’s courage and wisdom.

He appealed to Ghanaians to continue to have confidence in him, saying that the belief in him meant he was going to work for Ghanaians and would never disappoint them.