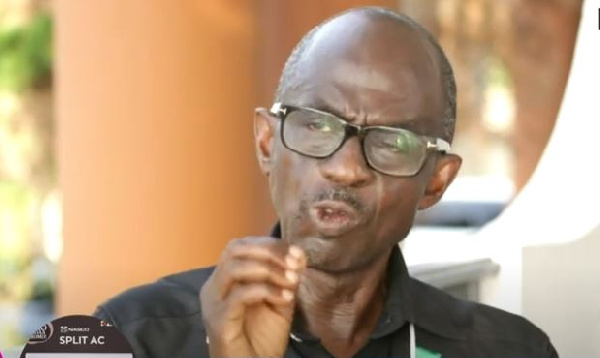 General Secretary of the National Democratic Congress (NDC), Johnson Aseidu Nketia has called for an immediate probe into the conduct of the Clerk of Parliament, Mr. Cyril Kwabena Oteng Nsiah.

He has among other things accused the Clerk of planning to reduce the voting strength of the NDC side.

According to him, the clerk was involved in a ‘calculated ploy’ to disqualify the MP-elect of Assin North, James Gyakye Quayson from partaking in the voting exercise that sought to elect the Speaker for the 8th Parliament.

“The clerk ruled that he had received the court order so the MP-elect of Assin North could not participate in the proceedings, a calculated ploy to reduce the voting strength of the NDC side,” he said.

“An NPP official actually served the Clerk with the court order, and not a bailiff. It is the considered view of the NDC that this act of connivance by Clerk of Parliament constitute serious misconduct on the part of the occupant of the high office of the Clerk of Parliament of the Republic of Ghana and must not go unaddressed,” Aseidu Nketia further stated during the NDC’s press conference held on January 8, 2020.

According to him, the Clerk needs to explain how an order of injunction that was allegedly dispatched from Cape Coast at 4:44 PM be served on the Clerk of Parliament at 4:55 PM.

In what he described as ‘concrete evidence’ to prove that the clerk had compromised his office he said:

“The Clerk was compelled by his own embarrassment to reverse his earlier decision when he could not provide further and better particulars of the service including the name of the bailiff who effected the service.”

To him, it is a big shame that the Clerk of Parliament allowed himself to be used as a tool in the attempt to reduce the NDC’s Parliamentary numbers and give the NPP an unfair advantage in the speakership election.

Military were professional when they entered Parliament – Kpemka

Good will triumph over evil in Akufo-Addo’s 2nd term, let’s support him – Okyenhene