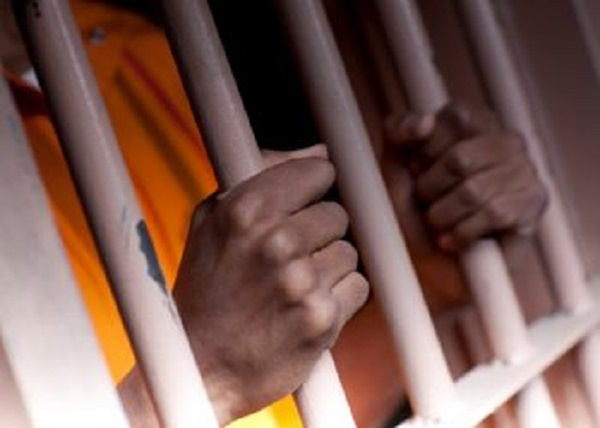 Two persons have been apprehended by the Ankaful Maximum Security Prisons for attempting to smuggle 15 parcels of Indian hemp to an inmate at the Prisons.

Nana Yaw Pablo, 26, and Opiah Mensah, 17, all unemployed, and residing at Amisano in the Komenda-Edina-Eguafo-Abrem (KEEA) municipality of the Central Region.

Briefing the Ghanaian Times, the Central Regional Prisons Public Relations Officer, Superintendent (Supt) Vincent B. Ziniel, explained that an inmate at the Ankaful Maximum Security Prisons, appealed to a prison personnel on duty to assist him by working on a project for a fee.

Upon further discussion, the personnel realise that the inmate had the intention of smuggling Indian hemp into the Prisons, and alerted his superiors about the development.

Sup Ziniel said the prison officer expressed interest in the deal, and the prisoner gave the contact phone number of the officer to two suspects.

He indicated that, Nana Yaw Pablo later called the prison personnel to arrange on how the Indian hemp would be passed on safely to the inmate without any trace.

Sup Ziniel said the suspects arranged to meet the personnel at a guest house in order to receive the parcel for onward delivery to the inmate.

The prison officer, according to Supt Ziniel, informed the management about the agreed location and a team was dispatched to assist in apprehending the suspects.

He said that, the suspects were arrested after they handed over the 15 parcels of Indian hemp.

Supt Ziniel stated that, the suspects attempted to flee when they realised that their cover had been blown.

The two suspects, he said, have been handed over to the Elmina District Police.