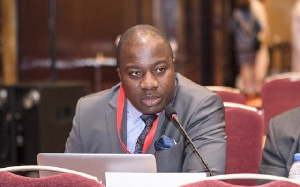 Bawku Central MP, Mahama Ayariga, whose motion in parliament for the government to absorb fees of public tertiary students was shot down, has expressed great shock at the turn of events.

He had moved that the government extend support to private universities for the 2021 academic year because of the financial strain on many people due to the effects of COVID-19.

He explained that had his proposal been critically analysed, it would have received a more positive response.

According to Mahama Ayariga, the arguments he made to support the motion should have been looked at in the context of efficiency in the payment of fees other than how the state would fund it.

“I am very scandalized by their approach. It is not all the time that when you are trying to solve a problem, you throw money at it. You can solve a problem by throwing efficiency and prudent management at it. You cannot use the 2019 economic condition fees in a 2020 pandemic economy so let’s reconsider these fees, and they said no,” he explained.

Speaking on Citi FM’s Eyewitness News on Thursday, January 28, after the voice vote threw his motion out, Mahama Ayariga said his argument was misinterpreted to mean that he expected the government to pay full fees of students.

He explained that his motion was for the state to allow for options such as getting the schools to omit certain components of school fees such as entertainment and sporting fees to bring about a reduction.

“Let’s say government should absorb it, I agree that we should use the word absorb instead of suspend. We suspended it then they came back and said the motion is incompetent and against the constitution. They also argued that where will the government get the money to pay. This is very unfortunate,” he said.

Today in History: We cannot be corrupt or fail Ghanaians – Akufo-Addo charges Ministers

If you say no one won, prove same through your witnesses – Oppong Nkrumah