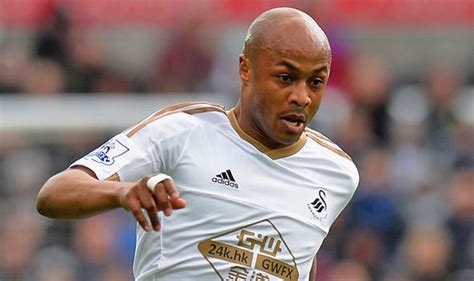 Ayew, yellow-carded in the ninth minute, saw 90 minutes of action, continuing his ever-presence in the Swansea set-up while England-born Ladapo came on at half-time for Rotherham. It was the Ghanaian’s 25th league outing of the season, having started in all but one of the games and registered eight goals.

English centre-back of Ivorian descent Marc Guehi also lasted the entire duration of the game for Swansea while Michael Ihiekwe and Matthew Olosunde, England-born and American-born respectively but both eligible to represent Nigeria at international level, featured for the opposition.

Conor Hourihane shot the Jack Army in front on the day, firing home the opener in the 28th minute after being set up by Jan Dhanda.

In the 65th minute, Ladapo halved the deficit for Rotherham, heading home from Wes Harding’s long throw. It was Ladapo’s fourth league goal of the season in 21 appearances involving 12 starts.

Substitute Jay Fulton sealed the win for Swansea 15 minutes to full-time, flicking a Jake Bidwell cross into the net to make it 3-1.

Ayew and the Jack Army will hope to keep their foot on the pedal with three more points when they host Norwich City on Friday.

The Wales-based side is eyeing a return to the Premier League following their relegation in 2018.

Last season, they went close to securing a comeback when they reached the semi-final of the promotion play-off but ultimately lost to Brentford.

Steve Cooper’s outfit’s near success was heavily driven by Ayew who scored 16 times in 46 appearances involving 15 starts. His exploits saw him finish the term as the club’s top scorer.