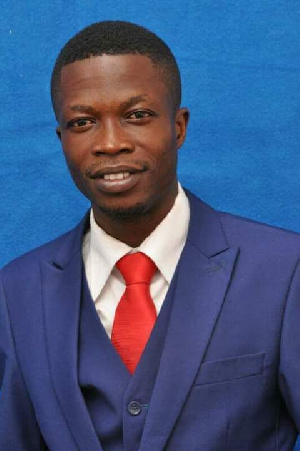 Some grassroots supporters of the governing New Patriotic Party (NPP) in the Sekyere Kumawu Constituency in the Ashanti region are demanding the removal of the District Chief Executive (DCE), Samuel Addai Agyekum.

The supporters have accused Mr Addai of being insensitive to their needs and failing to perform his role as DCE.

At a press conference on Tuesday, the group alleged that the DCE of sponsored some faceless individuals, including an independent candidate to unseat the sitting NPP Members of Parliament Philip Basoah, at the ruling party’s stronghold.

According to the group, Mr Addai’s conduct prior to the elections was evident as he was “almost virtually absent in every party organized activity, campaigns and participate with lukewarm behaviour if he is present and we believe he is just there for the cameras”.

The group further recounted his frosty relationship between the MP which nearly jeopardized the party’s fortunes during the 2020 elections.

“It is of no secret that Mr Addai Agyekum has never been in good terms with the MP and by his activities and otherwise, visibly sabotage the MP’s activities, projects and support to his constituents”, the group said adding that the DCE’s gross disrespect of the MP usually occurs in the full glare of party regional executives.

The group has since launched a series of campaigns to get the DCE removed as it says it will resist any attempts by any authority to get him re-nominated.

“We, therefore, suggest that the President appoints and engages the services of a different person who has the leadership competence and vision as District Chief Executive so that the development of the district can be facilitated”, the group said.