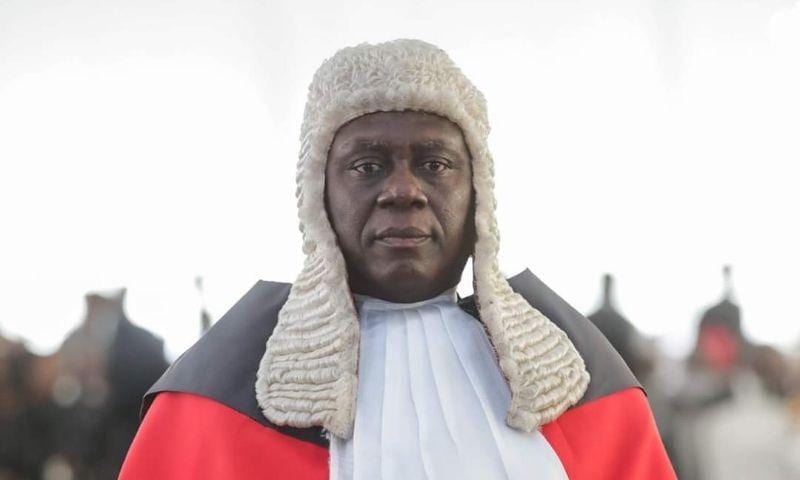 Spokesperson for lawyers of the petitioner in the ongoing election petition hearing, Dr Dominic Ayine has said the justices of the Supreme Court of Ghana have done a great disservice to Ghanaians for dismissing an application filed by the petitioner to reopen his case.

Speaking to the media after court proceedings on Tuesday February 16, the former Deputy Attorney General said “I am surprised that the Supreme Court  itself, having set out  five key issues to be determined,  is now reducing  the issues to one which is whether and the extent to which the evidence  that we have led  shows that no one got  more than 50% of the votes  in accordance with Article 63  of the Constitution.

“We have made abundantly clear in the petition that there were a number of infractions. We are contesting even the constitutionality of the declaration that was made. We are saying that she violated Article 23  of the constitution because she is an administrative body.

“For the court to say that we were bound by law to make our evidence  available for it to assess  before allowing us to reopen our case  is legally problematic proposition, therefore we disagree with the court .

“We think that the court by this decision has not done the people of this country a great service. In the sense that Ghanaians are interested in knowing the truth.  Our constitution is very clear that justice emanates from the people and must be exercised in the name of and the welfare of the people.

“The justices today have not given us a reason to believe that they want the people of this country to know the truth about what happened.“

The Supreme Court has yet again dismissed another application of John Dramani Mahama, the petitioner in the ongoing election petition hearing.

According to the Court, the petitioner, inter alia, has not adduced enough evidence, or an inkling of that, to convince the bench for the case to be re-opened.

Reading the ruling on Tuesday, February 16, Presiding Judge Justice Kwasi Anin-Yeboah said even at the time the application was filed, the petitioner as well as the respondents had closed their cases.

He said the petitioner is not entitled to an application of that nature as a matter of right, an argument he adduced through counsel Tsatsu Tsikata on Monday, February 15.

Chief Justice Anin-Yeboah, who is also Ghana’s Chief Justice, said such application can be granted by discretion.

“That discretion is, however, one which should be exercised per rules and with restraint as a motion to reopen necessarily involves a balancing of the accountability of counsel for the decisions regarding prosecutions of this case and the interest of justice.

“Accordingly, we weighed the propriety of re-opening proceedings to permit additional evidence to be led or tendered and Court will typically consider three broad questions. Will the evidence, if it had been presented during the trial, have had any influence on the result? [The second question is] could the evidence have been obtained before beginning trial by the exercise of reasonable diligence?”

In tabling his argument on Monday, February 15 for the bench to grant his application for the case to be re-opened, Mr Tsikata said the Chair of the First Respondent, Jean Adukwei Mensa, would have been subpoenaed to appear as a hostile witness.

This the Court found “baffling”, according to Justice Anin-Yeboah.

He, therefore, concluded: “We find no merit or so why the petitioner in his application to reopen his case for the sole purpose of compelling his adversaries’ intended witness to testify through a subpoena without indicating the sort of urgency he intends to solicit from the said witness and how that evidence is going to help the Court in resolving the dispute before us.

“We accordingly refuse the application and proceed without any hesitation to dismiss it.”