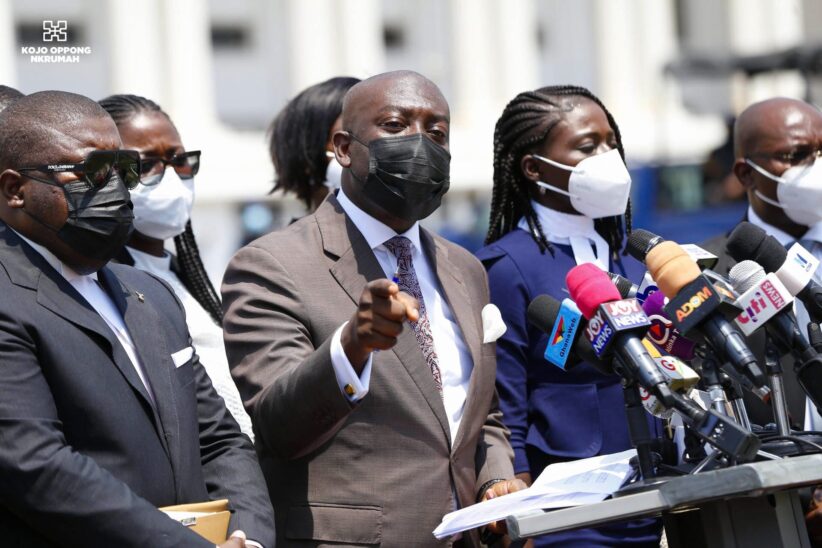 Spokesperson of the lawyers of the 2nd Respondent in the ongoing election petition hearing Kojo Oppong Nkrumah has said that the petitioner is seeking to reopen his case in order to adduce fresh evidence.

For this reason, he said, lawyers of the 2nd respondent have told the court to apply the rule of adducing fresh evidence in this instance.

“That is why we are asking the court to apply the rule of adducing fresh evidence in this instance. If not, then we are saying that you want to lead further evidence on something that you had an opportunity and you have led evidence on already and you are probably thinking you didn’t do good enough of a job and that is why you want it reopened.”

During proceedings on Monday, Lead Counsel for the petitioner in the ongoing Presidential election petition hearing, Tsatsu Tsikata told the Supreme Court that there is sufficient basis to grant the request to subpoena the chairperson of the 1st Respondent, Jean Adukwei Mensa to testify in the case.

Mr Tsikata had argued in court on Monday February 15 that, the affidavit of the 1st Respondent indicated that she was going to testify, a proposition that resulted in the earlier decision of the petitioner to close his case for that to happen.

“We had the expectation that the chairperson of the 1st Respondent will testify” hence the closure of the case.

“The Chairperson of the 1st Respondent has in affidavit made clear that the petitioner will in no way be prejudiced because the questions that the petitioner sought to have in interrogatories those will be subject matter in cross examination,” Mr Tsikata told the court.

He added “There is a sufficient basis from the circumstances that arose on 9th of February when we close our case and when there was expectation that the choir of the 1st respondent will actually come and testify.”

Counsel for the 1st Respondent, Mr. Justin Amenuvor for his part told the Supreme Court on Monday, February 15, that the petitioner’s application to reopen his case is an abuse of the court processes.

Mr Amenuvor told the court that an extensive research he conducted so far on reopening of cases, points that since the common-law emerged in Ghana as far back as 1876 no such attempt has ever been made.

This is “an abuse of the court processes,” he said.