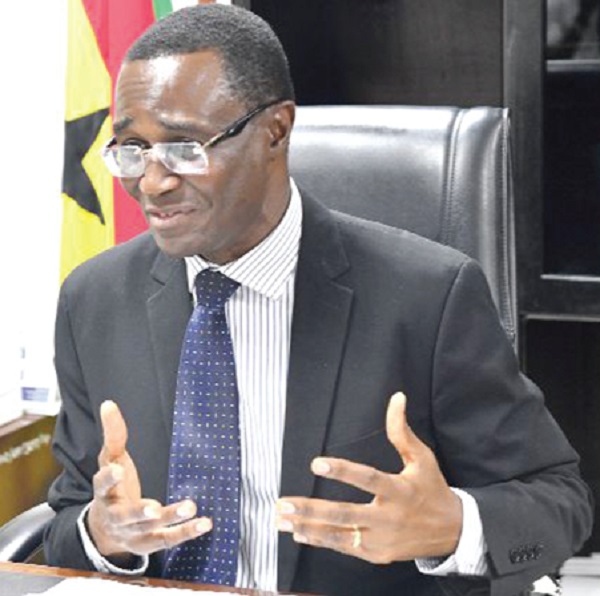 Barely two days into the implementation of the reversal of the benchmark values on some 43 imported items, the Ghana Revenue Authority (GRA) has deferred the implementation for a day.
That, according to the GRA, was to allow importers who got their duty bill before the initial implementation date of January 4, 2022, to pay and clear their goods.

The GRA’s decision comes on the back of complaints by some freight forwarders about the fact that the new decision was being implemented with retrospective effect.

Before the announcement of the temporary suspension, freight forwarders had complained about the confusion the implementation of the decision was causing at the port.

The freight forwarders said the confusion had arisen because the directive was taking retrospective effect and that had not helped matters.

When the reversal took off last Tuesday, some of the freight forwarders who managed to process their items before January 1, 2022, said they had been instructed to restart the process for the new benchmark value to be applied.

The Chairman of the Tema Branch of the Ghana Institute of Freight Forwarders, Mr Johnny Mantey, described that decision as unfair and a situation that had created confusion at the port.

“There is confusion and there must be better communication and engagement. I don’t understand how the GRA expects people to pay the duty, yet the system is frustrating people.”

” There is not adequate information. Give enough information, let people prepare and at a certain time when people are aware, then you tell them what to anticipate.”

“You can’t give information on Friday night, and a day after a holiday, you want people to adjust, that is not an effective and efficient way of doing things,” he said.

The Ghana Union of Traders Association (GUTA) has expressed concerns over the timing for the implementation of reversal of the benchmark value policy and has asked the government to engage the stakeholders.

The association projects that the immediate implementation of reversal will lead to unbearable economic hardship for Ghanaians, especially during the fourth wave of the COVID-19 pandemic.

“The prices of essential commodities such as food, pharmaceuticals and others will be extremely unbearable for the consuming public, which will also affect turnover and volume of trade in the country, thereby collapsing businesses,” Dr Joseph Obeng, GUTA President, said in a statement.

He said prevailing conditions in the world market showed that commodity prices, freight charges and exchange rates were high and did not favour such a policy decision.

The benchmark values policy was introduced in 2019 by the government in accordance with the World Customs Organisation’s policy of regular review of valuation database.

The benchmark value is the amount taxable on imports, and under this policy, certain commodities are benchmarked to the prevailing world prices as a risk management tool, to reflect the true market dynamics of these commodities.

However, government has had to reverse that decision as part of efforts to widen the tax net and increase revenue generation.

The Minister of Finance, Mr Ken Ofori-Atta, during the budget statement and economic policy presentation to Parliament last year, announced a review of benchmark value on some items at the port to enable the government to shore up revenue on imported goods into the country.

While some industry players such as the Association of Ghana Industries are in support of the policy, with the hope of promoting locally manufactured goods, GUTA is worried consumers may not be able to afford such goods.

Liberian jails run out of food for inmates