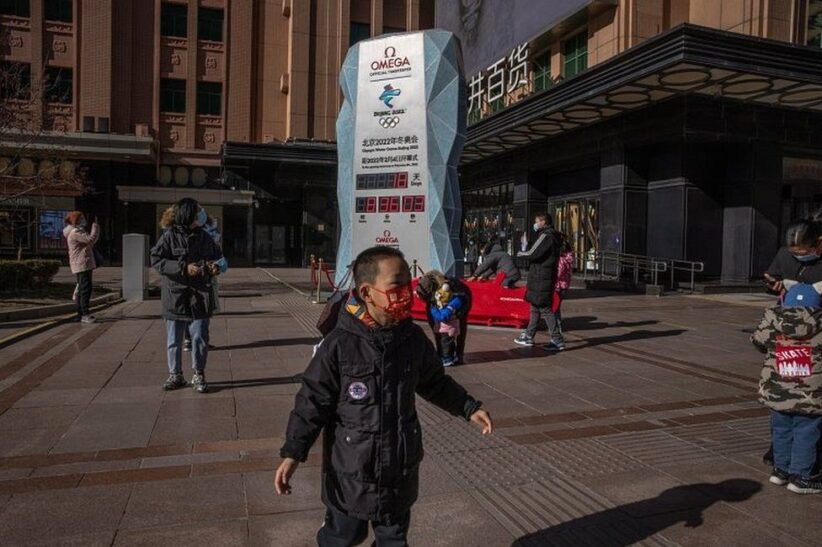 Beijing city officials are recommending people stop ordering items to be delivered from overseas, after saying a local woman may have been infected by Omicron after opening a parcel.

They repeated the theory that Covid-19 could be spread internationally on imports of frozen food, something many scientists have questioned.

Officials say the woman who tested positive had no history of travel.

They added they found traces of the virus on a package she received.

Less than three weeks before Beijing hosts the Winter Olympics, city officials have imposed tough restrictions, requiring all new arrivals in the city to take a virus test.

The case is, so far, the only one here to have been recorded with the highly contagious variant of Covid-19, the BBC’s Stephen McDonell reports from the Chinese capital.

Health official Pang Xinghuo told reporters on Monday the virus had been found on the surface of a letter the infected person had received from Canada, as well as inside the unopened letter, the AFP news agency reports.

Dozens of letters from the same batch were tested, and five showed positive traces of Covid-19, Ms Pang said, including samples from inside unopened letters.

Beijing’s Centre for Disease Control said the possibility that the woman was infected by a parcel from another country could not be ruled out.

If deliveries from abroad are opened, it has been suggested that this should be done outside, with the opener wearing gloves and disposing of the packaging.

All of that amounts to hyper vigilance about any new outbreak – if and when one is spotted the reaction is severe.

China has been wedded to this approach since the beginning because it’s likely the leaders from Xi Jinping down consider anything less would cause illness and death on a scale that would be politically, economically and socially unacceptable.

Djokovic back in Serbia after Australia deportation over visa row