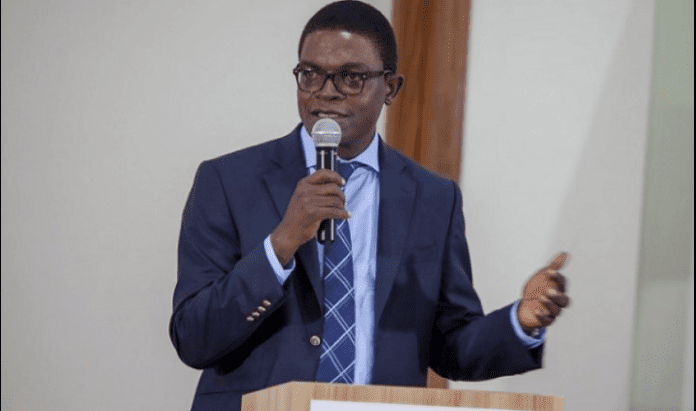 The Executive Director of the Institute of Democratic Governance, Dr. Emmanuel Akwetey, has said President Nana Addo Dankwa Akufo-Addo as head of the executive needs to intervene in what seems to be a deadlock over the E-Levy policy.

He has implored the government to negotiate with the minority on the matter to make a headway.

Speaking in an interview with TV3’s Roland Walker, he said “If you look at other countries like the US, whenever Congress, House of Representatives and the senate get into a situation where they do not want to approve supplementary budget you will hear that they are going to shut down the government.

“In spite of the fact that it is an informal approach nobody sees what the conversation. There are times that they announced they are going to see the president and the cameras are there, nobody knows what they talk about but they come back and announce that they are going to extend for three months.

“A this stage some engagements with the public is fine but I think the time is gone because they could have used the break. The only way forward I believe, is the Head of State or the Head of government inviting them and prepare to say, what can I do for you to get this through?

“This will launch us into how to handle a hung parliament to set a new standard.”

The government has intensified the public engagement on the E-levy proposal, a proposal that has met strong resistance from members of the main opposition National Democratic Congress (NDC) and others.

The Majority Leader in Parliament Osei Kyei Mensah Bonsu urged all Members of Parliament to make it a priority to partake in the process leading to the passage of the E-levy.

He told the House on Tuesday January 25 that further stakeholder consultation are ongoing on the proposal hence the inability of the Business Committee to programme it during the first week of the first setting of the second session.

The Business Committee, he said hopes to programme the proposal for consideration in the second week after the engagement.

The Suame Lawmaker explained the absence of the E-levy proposal on the Order Paper saying “Mr Speaker, as Honourable members will recall the House was expected to conclude consideration and passing of the electronic transfer levy bill 2021 by the end of the third meeting for the first session.

“Due to unforeseen circumstances however, the House was unable to consider and pass the bill at the end of of the meeting. It was therefore the contemplation of the Business Committee that the Bill will be scheduled for consideration by the House during the First week of the first meeting of the second session.

Due to unforeseen circumstances however, the House was unable to consider and pass the bill at the end of of the meeting. It was therefore the contemplation of the Business Committee that the Bill will be scheduled for consideration by the House during the First week of the first meeting of the second session.

“However upon consultation with the sponsoring Minister the committee is not unable to programme same for this week after resumption.

The Honorable Minister of Finance has been undertaking further engagement with stakeholders and sections of the general public with respect of some concerns that have been raised on the bill.

“The committee, in all probability, will programme the bill for consideration in the second week of this meeting and honorable members are therefore encouraged to participate fully in the consideration and the process of the passage of the bill.”