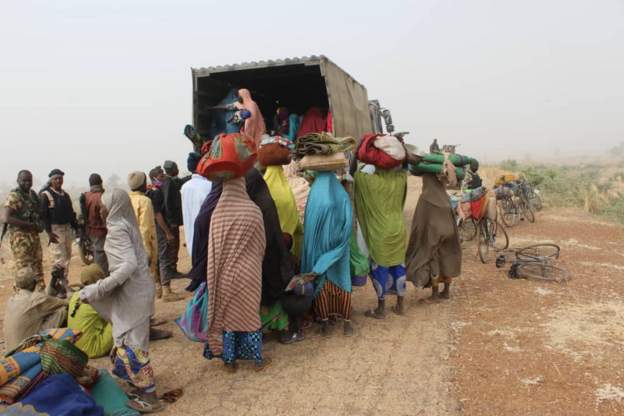 The Nigerian army says more than 100 members of the Islamic State West Africa Province (Iswap) jihadist group and their families have surrendered to its soldiers.

A statement posted on Twitter by the Nigerian army said they surrendered over the weekend in the north-east – and comprised 22 men, 27 women and 55 children.

Photos posted alongside the statement showed army trucks offloading some women and their loads and were received by soldiers in Damboa.

Local media reports that while hundreds of jihadists militants have surrendered to authorities, the 13-year old insurgency continues.

On Saturday, three civilians were reportedly abducted by Iswap fighters at Mandaragirau village, in what appeared to be a reprisal attack, after 25 insurgents drowned near Lake Chad.

The lslamist militants were attempting to cross a deep river while fleeing air strikes by the Nigerian Air Force jets.

Over 10m face severe hunger in Horn of Africa – UN