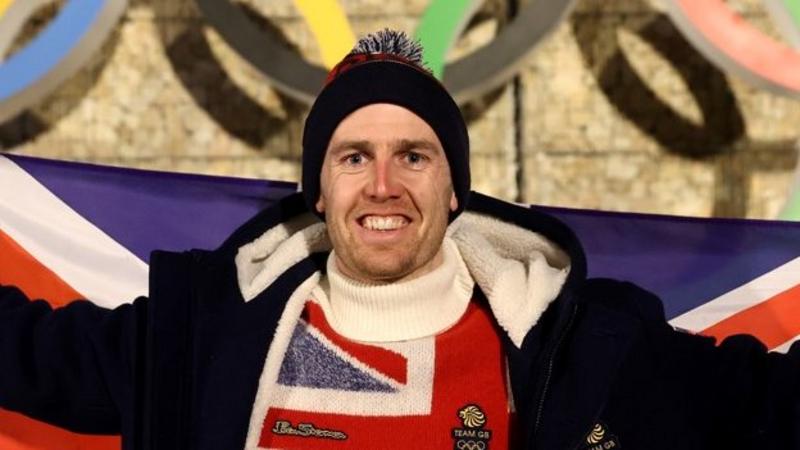 Skier Dave Ryding – Britain’s first ever alpine World Cup winner – says it is “do or die” for a Winter Olympic medal in Beijing.

The 35-year-old has adopted a more aggressive mindset this season and it paid dividends in Kitzbuhel, Austria, where he won the slalom in January.

He told BBC Sport: “I’ve got to fear nothing and that includes a DNF [did not finish].”

Great Britain have yet to win a medal at these Games.

It is his fourth Winter Olympics and Ryding has improved his result each time.

He finished 27th in Vancouver in 2010, 17th in Sochi and ninth in Pyeongchang four years ago.

“I have whittled it down to ninth, let’s whittle it down some more if I can,” he said.

“It will be do or die, anything can happen.”

Ryding, who learned to ski on a dry slope in Pendle, Lancashire, has been in great form all season and although his win was historic, it was not a surprise to those who follow the sport closely.

He has had three other top-three finishes and 23 top 10s in his career.

It was though, a huge relief for Ryding to finally step on to the top of the podium.

“I know I’ve had the speed for the last five years, but it’s easier said than done,” he said.

“To finally win one and get that weight off my back, the nation’s back. It just feels like the weight has gone off my shoulders.”

So, can he back up a World Cup win with what could be Britain’s first alpine medal at a Winter Olympics?

Wednesday’s slalom is wide open as no one skier has dominated the World Cup this season. There has been a different winner of each of the six races.

A lot has been made of the artificial snow at the Yanqing National Alpine Centre, but following heavy snowfall over the weekend, it will be a mixture of real and man-made on the piste with racers only allowed 30 minutes to visualise the gates on each run as they are not allowed to ski on the course before the race.

He added: “I think mindset is going to be key. It’s an Olympic Games, who’s going to allow themselves to take that extra risk?

“I’ve got to. I’m normally good on technically challenging pistes. This piste is mellow so I’ve got to take risks. I’ve got to go for it.”

‘Barcelona is my home!’ – Iniesta ‘would love’ to return to Camp Nou