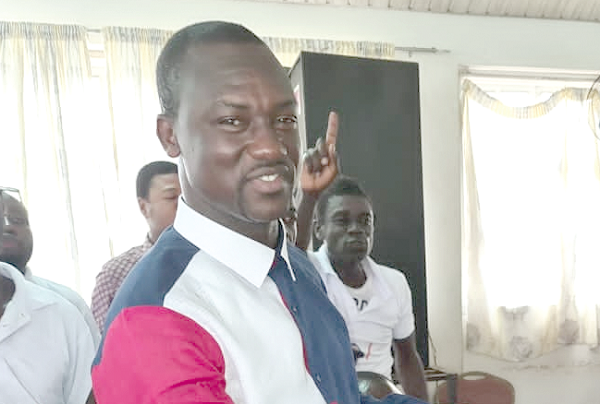 Speaking to the media after submitting his nomination form to the election committee of the constituency on Wednesday, April 20, 2022, Mr Ofori Atta said he was in the race to win.

“The experiences I have garnered both from the party at the constituency, as well as national levels have adequately and appropriately prepared me for the position I am seeking to occupy,” he said.

Mr Ofori Atta said the welfare of the constituents was top on his agenda and for a start, his plan was to set up a welfare system to cater for the needs of the people who made Manhyia South a permanent stronghold of the NPP in the region.

In addition to that, he said there would be periodic skills training programmes to empower the residents, particularly the youth, to be self-reliant and not to become stooges for self-seeking politicians.

He, thus, appealed to the rank-and-file members of the constituency, especially polling station executives who would vote in next week’s elections, to endorse his candidature as chairman to enable him to roll out the vision he had for the community.

Dressed in the NPP colours of blue, red and white, the aspirant was followed to the constituency office in the suburb of Ashanti New Town by scores of his supporters amidst drumming and dancing.

Some of the supporters carried placards with inscriptions such as “Tomtom, the man of the moment”, “Go for gold, team player” and “Man of Service and Humility”.

Receiving the forms, the Head of the Constituency Elections Committee, Nana Ama Ampomah, who is also the Ashanti Regional Women’s Organiser, praised all the aspirants for their conduct so far and urged them to keep it up.

She said the campaign had been devoid of any mudslinging and insults and had been issue-based, which she said boded well for the constituency and the party at large.

So far, she said a total of 15 persons had submitted their forms to contest various positions in the constituency.