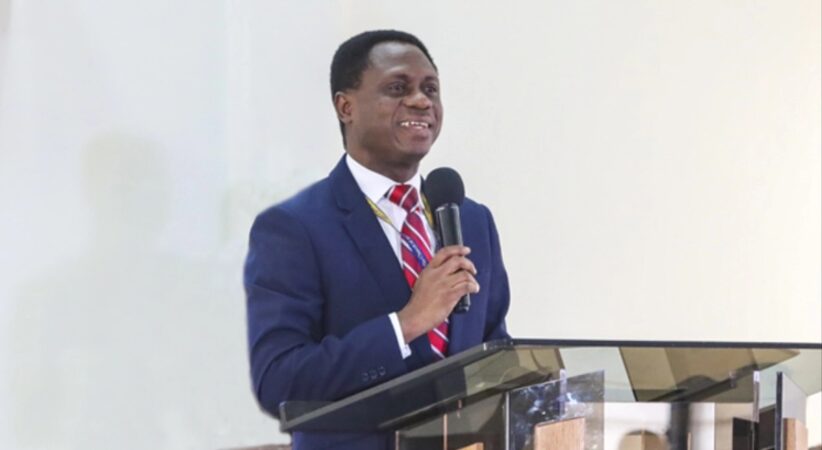 He noted that although there were many churches and leaders in the country, righteous living was still an issue.

The Chairman added that the change the country sought for from its leaders could only materialise through righteous living and building a righteous brand.

Apostle Nyamekye was speaking at a thanksgiving service held for the new leadership of the Ghana Journalists Association (GJA), led by its President, Albert Kwabena Dwumfour, in Accra.

The Apostle said leadership was not about showmanship and accessing power to lord it over subordinates but rather a huge responsibility that hinged on righteousness.

“What we need as a nation are not more leaders and churches. Churches don’t change nations; the only thing that brings change to a nation is righteousness,” he said, and quoted Proverbs 14:34: “Righteousness exalts a nation, but sin is a reproach to any people.”

The service at the Church of Pentecost, Alajo Central Assembly, was attended by some of the elected members of the national executive of the GJA and other personalities.

The GJA President was joined by the General Secretary, Kofi Yeboah; the Treasurer, Audrey Dakalu; the Organiser, Dominic Hlordzi, and the Greater Accra Chairman of the association, Charles Benoni Okine.

The personalities included the Editor, Graphic, Kobby Asmah; the Executive Director of the Economic and Organised Crime Office, Commissioner of Police (COP) Maame Tiwaa Addo-Danquah; the President of the African Chamber of Mines, Kwame Addo Kufuor; the Chief of Alajo, Nii Armah Ajoor II, and the families and friends of the members of the GJA executive.

He added that their main focus as leaders should be the ability to solve problems, answer needed questions and meet the needs of their followers.

“There is nothing private about a leader; everything a leader does is in the open and so a leader must strive to live a life that pleases God. A leader solves problems, meets the needs of the people and has the ability to respond to the needs of his people,” he said.

He specifically advised Mr Dwumfour to be truthful and allow God to use him to be the light in journalism and bring about the difference the profession needed.

The Head Pastor of the Church of Pentecost, Burma Camp Worship Centre, Apostle Lt Col Kumi Wood, also urged the GJA executive to live lives of legacy and carry the presence of God wherever they found themselves.

“Once you identify as a Christian, your mission is to let God reign wherever you are, and if, indeed, journalism is the Fourth Estate of the Realm, may we do good and impactful journalism, so that from that angle we can build a strong nation,” he added.

Mr Dwumfour thanked God and all who supported him and promised a new media and Fourth Estate that was ready to play its role in the affairs of the state.

He pledged to be committed to the cause of the association and use his Christian principles to chart a path for the GJA.

He urged all journalists to come together to perform their gatekeeping role in the country’s democracy.

“We are charting a new path. In the next three months, I will unveil a policy document that will lay stress on the policies I have mentioned earlier, with their timelines. I believe with a united front, we can go places,” he added.

For the third time since his victory speech and inaugural address, Mr Dwumfour called on those with whom he contested the GJA Presidency to come on board for them to work together to build the new media they all anticipated.

When reached for her thought after the service, COP Addo-Danquah urged journalists to rally behind the new executive to help build the country.

“I urge all journalists to support him to achieve whatever he has set himself to achieve with the position,” she said.