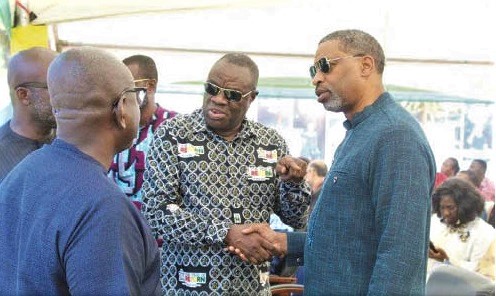 A tourism training school is to be established in Accra next year in line with measures by the government to make the country the tourism and investment hub of West Africa.

The $10-million project will train people in the tourism and hospitality value chain to enhance customer service and other best practices in the sector.

The Minister of Tourism, Arts and Culture, Dr Ibrahim Mohammed Awal, who announced this in Accra yesterday, said the construction of the school would be funded under the Ghana Tourism Development Project supported by the World Bank.

The minister, who was speaking at the launch of an annual tourism promotion event, December in Ghana 2022, further explained that the project formed part of efforts to build a thriving tourism economy where hospitality, arts and culture will be used as a tool for economic growth.

December in Ghana is a programme that aims at making the country a December holiday season destination for tourism.

This year’s event will feature concerts, fashion shows and traditional cultural festivals among other activities, across the various regions of the country.

It is expected to attract a record-breaking number of travellers from the Diaspora following the easing of COVID-19 restrictions.

The launch was witnessed by some traditional leaders, diasporans and industry players.

There was also an “Eat Ghana Food Fair”, an initiative to sell the county’s local delicacies to diasporans and other patrons at the event.

According to Dr Awal, the county’s tourism sector had the potential to contribute significantly to economic transformation.

“The country is not only gifted with a rich and diverse culture, but is also home to some of the best flora and fauna in the most exquisite ecotourism sites in the world,” he added.

Dr Awal further said the National Museum which was recently rehabilitated and opened to the public had recorded over 14,000 visitors in six weeks as against 12, 874 for the whole of 2015 prior to its closure in 2016.

“Ghana and Africa need to showcase our best to the world in order to attract the much-needed investment and jobs for the youth”, the minister said.

“The success of December in Ghana is unprecedented and has been an important contribution in not only boosting the economy, but also branding the country as the ‘go-to’ destination in December and the rest of the year, “he said.

The President of the National Association for the Advancement of Coloured People (NAACP), Derrick Johnson, who led about 80 people from the US to the country for the launch, was honoured for his contribution to the ‘Year of Return’ and ‘Beyond the Return’ programmes which saw some 1.1 million visitors coming to the country in 2021.

Colleges of education to be upgraded to universities – Dr Adutwum