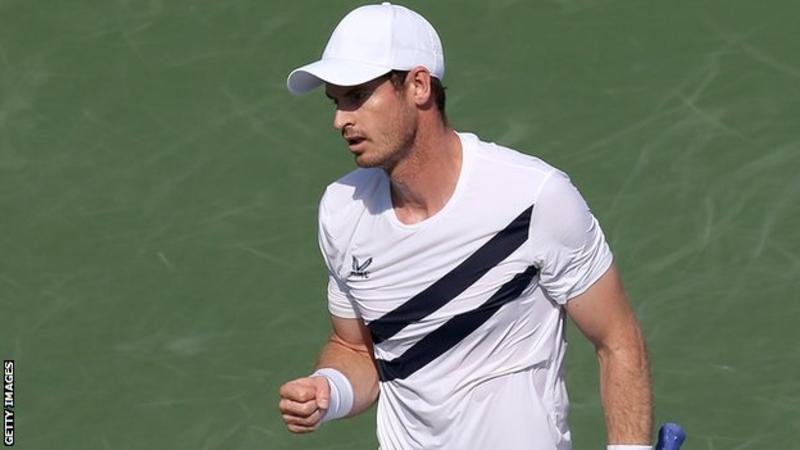 Britain’s Andy Murray said he felt “physically good” after his opening-round win in the Western & Southern Open at Flushing Meadows.

The two-time champion will next face German fifth seed Alexander Zverev at the warm-up for the US Open at the same New York venue from 31 August.

“Physically, I thought I did pretty well,” said Murray.

“I moved maybe better than I expected to. The first few matches back, when I started playing singles last year, I moved way worse than I did here, so that was positive.

“My tennis could have been better. I thought I could have played a bit better. I guess that will come, the more matches I play.

“But I always need to see as well how I recover from a match like that, because although I felt good during the match, things can sometimes stiffen up and hurt a bit afterwards.

“I’m happy with how I did here. I would like to have played a bit better, but physically I was good. That is the most important thing for me, because that hasn’t been the case for the past 10 months.

“I would say I probably have lower expectations. I know the tennis will come, but it’s also not going to come back immediately, so it’s just not to expect, straight off the bat, to be playing perfect.”

The men’s tournament is the first ATP event since the Tour was suspended in March because of the Covid-19 pandemic.

A fit-again Murray, who won his first singles title in two and a half years at the European Open last October, is working his way back from the second hip operation he had in January 2019 and is ranked 129 in the world.

Against his fellow wildcard, neither player was able to find a break of serve in the opening set, as Murray saved a set point on his way to recovering from 5-2 down to take the tie-break.

Tiafoe served out the second set after breaking in the eighth game, but Murray responded emphatically with two breaks of his own in a dominant third-set display.

Dan Evans faces a tough opener against Russian 10th seed Andrey Rublev on Sunday. Eighth seed Johanna Konta has a bye in the opening round of the women’s draw.

In the women’s draw, American Coco Gauff lost in straight sets to Maria Sakkari in the opening round.

Greece’s Sakkari, 25, took one hour and five minutes to win 6-1 6-3 against the 16-year-old, who reached the last four at the Top Seed Open in Kentucky last week.