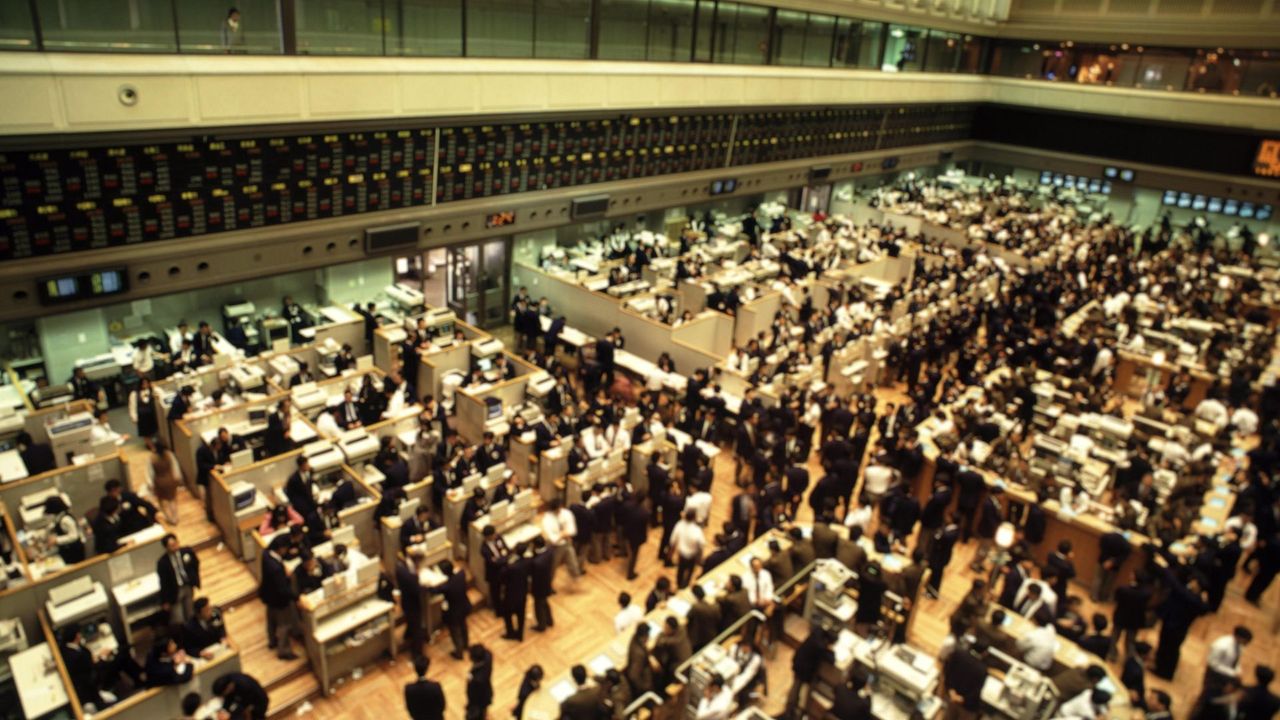 Can’t be bothered on Fridays? Feeling lazy in the summer months? You’re not alone. Here’s why

The festive season is over. Holiday parties and hangovers are done with for another year.

So, as we plan for the year ahead, is there a time in our calendars when can we maximise our output in the office? 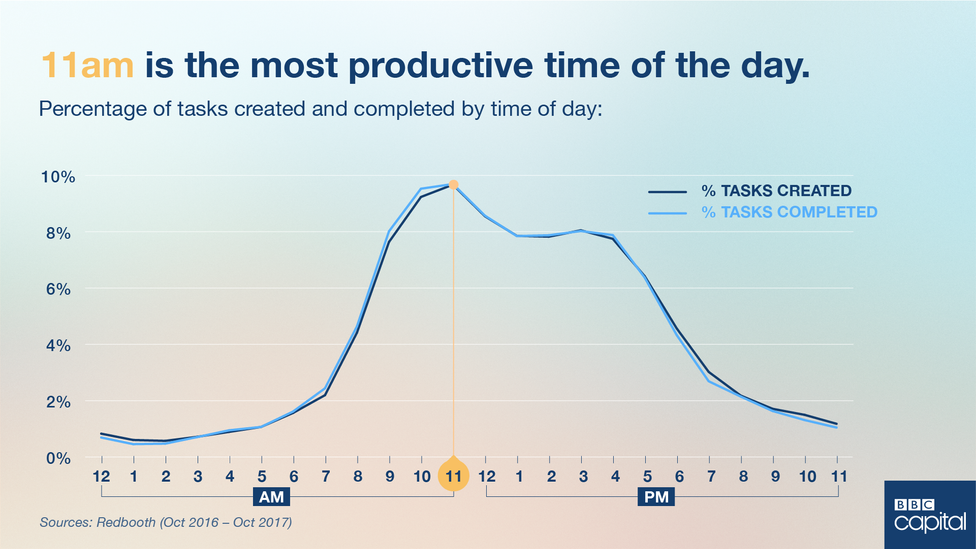 Zeniths for employee hustle and productivity are Mondays before 11am in October, according to a study by California-based project management platform Redbooth published in November. The firm analysed project data from hundreds of thousands of users who used the service to plan and track their work.

A typical respondent in the study came from a wide range of industries, from marketing, architecture, health care, legal, accounting and more. To be sure, this is just one study of professionals who use one service and can’t be applied universally. Still, generally speaking, if you’re feeling lazy on a Friday in August, you’re not alone. 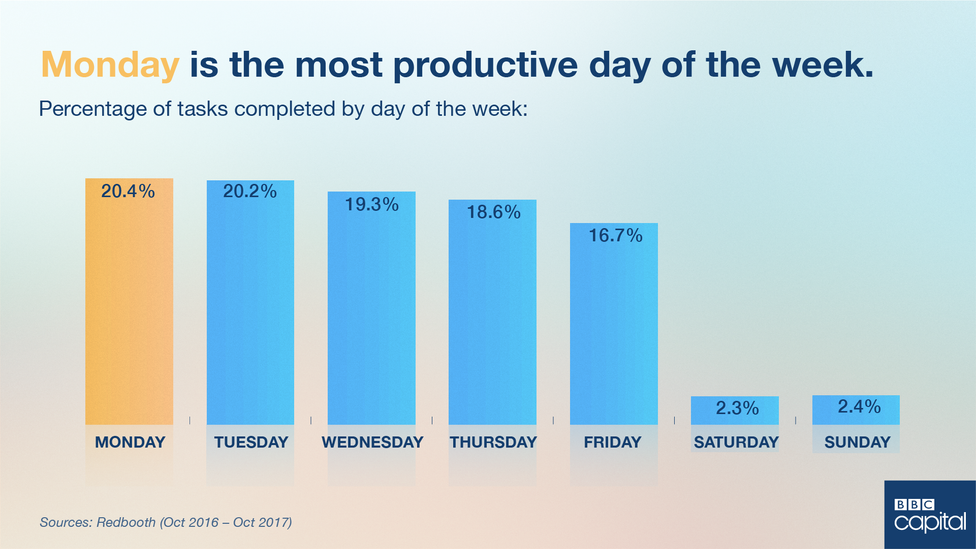 So, what are the explanations behind the numbers?

“A lot of this aligns with what past research on energy and productivity tells us,” says John Trougakos, an associate professor of organisational behaviour at the University of Toronto in Canada.

“For example, based on circadian rhythms, about 75% of people tend to be most mentally alert between 9am and 11am.”

“Once someone gets into work they likely take some time to check emails and settle in,” Trougakos says. “Then it takes time to become immersed in whatever task they are working on. So 11am as a peak productivity time for task completion makes sense.”

The afternoon between 2-3pm marks a low energy point. “This makes sense why many cultures take naps during the afternoon,” he says.

When our minds are sharpest

As for the findings in regard to days, seasons and months? Those check out too, experts say.

The findings “are consistent with considerable research on the ebbs and flows of mental acuity,” says Don Drummond, economist and adjunct professor at Queen’s University in Kingston, Ontario. 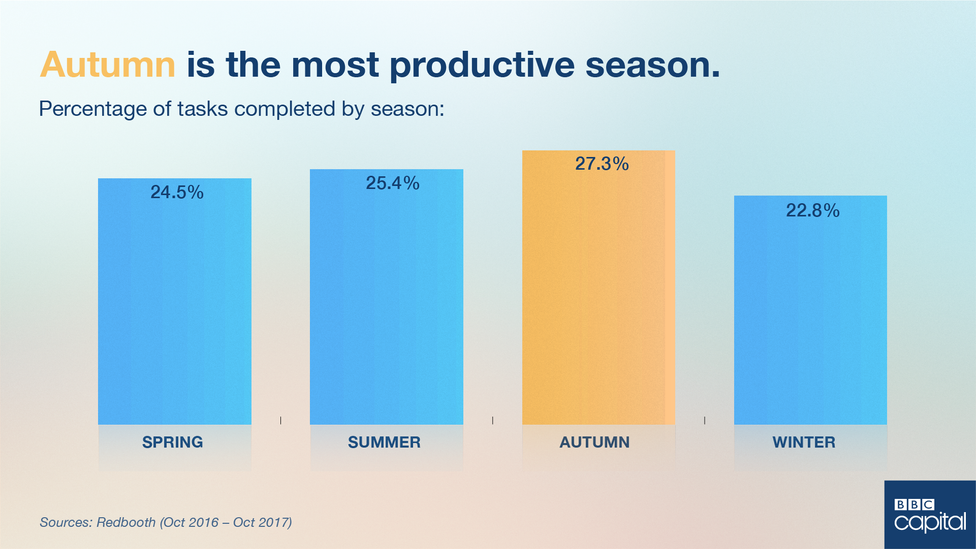 Mondays make sense, he says, because “people are fresh, mentally and physically at the beginning of the week, and fade as the week goes on.”

The different phases of the year also reflect natural volleys between high- and low-energy levels. Drummond says people return from summer holidays fresh, so they are productive in early autumn, while winter’s early plunge into darkness each night might explain lagging productivity, mental acuity and dips in mood. 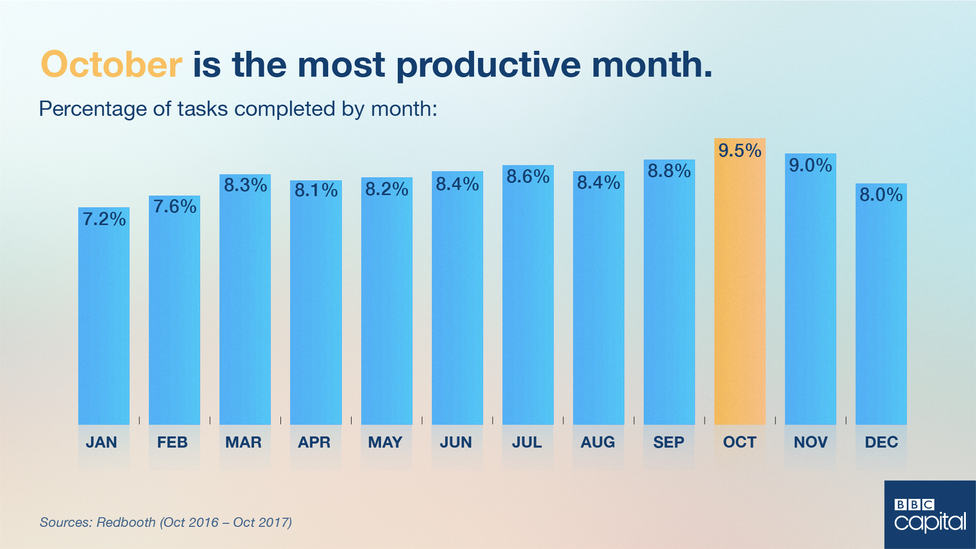 Drummond has some suggestions for capitalising on these findings: “Allow people to have the time required to flex their creativity early in the week and early in the day,” he says. “Don’t, for example, schedule a boring meeting then. Alas, that is when almost all boring meetings are scheduled.”