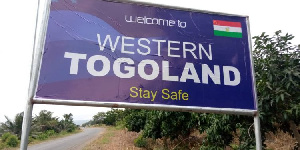 Lawyer for the 31 arrested persons suspected to be separatists, Theophilus Donkor, has stated that the alleged perpetrators are not members of the Western Togoland Restoration Front (WTRF).

This comes after the suspects were remanded by an Accra Circuit Court and will remain in custody at the Bureau of National Investigation (BNI) for two weeks.

Also, they are facing provisional charges including conspiracy to attend a prohibited meeting, unlawful gathering, and rioting.

Reacting to their arrest, Lawyer Theophilus Donkor said his clients were only residents of the area who were picked up by the joint security forces for their alleged involvement.

“The 31 accused persons who have been put before court and charged with three different counts have nothing whatsoever to do with any secessionist group in the Volta Region. They have no affiliation whatsoever and nobody has invited them to recruit them or to commit any act on behalf of a secessionist group,” he told the host of Citi FM’s Eye Witness News on Monday, September 28, 2020.

He adds that his clients have not yet been charged with any crimes relating to secessionism and that the prosecution surprisingly denied a plea for the accused though the defense raised concerns for jurisdiction of the court to trial the case.

The Volta Region on Friday, September 25, 2020, was thrown into a state of chaos as members of a secessionist group, seeking the independence of the area to become the Western Togoland, staged spontaneous attacks in various parts of the region.

The attacks included blocking major entry points to the region as well as attacks on the Aveyime and Mepe police stations all in the North Tongu District.

Ghanaians have waited too long for you – Chief to Naana Jane