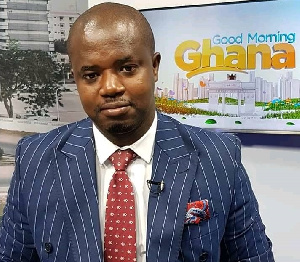 The current Board of the Ghana Cocoa Board (COCOBOD) took a bad decision in cancelling all Cocoa roads that were started by the Mahama administration, Godwin Edudzie Tamekloe, a member of the National Democratic Congress (NDC) and also a private legal practitioner has said.

He described the decision as ‘criminal’ and further called on the COCOBOD to publish the findings of an audit report on all the cocoa road projects.

The current board of the COCOBOD under the leadership of Hackman Owusu-Agyemang suspended cocoa road projects and conducted an audit into those projects.

There have been calls on the government to publish the report.

For instance, the flagbearer of the NDC, John Dramani Mahama has demanded the publication of the audit report saying Ghanaians deserve to know the findings.

He further indicated that the decision of the Akufo-Addo administration to abandon the Cocoa road projects after assuming office in January 2017 was unjustifiable.

Mr Tamakloe said on the New Day show on TV3 Wednesday, October 7 with Johnnie Hughes that “The Board of the Ghana Cocoa Board took a criminal decision to suspend all cocoa roads that were started by the Mahama administration,”

Meanwhile the Public Relations Officer of the COCOBOD, Mr Fiifi Boafo has said the report is not meant for public consumption.

“Yes there is a report, and unlike the expectation of some people that the report will be published, the essence of the report was to understand issues surrounding the management of cocoa roads.

“The report was to serve as a guide to management. So, if the former President wants the report published for political discourse, I am afraid, our approach is different.”

“We have not been instructed to put the report out there yet. It was submitted in 2019. When a decision is made by the board and management, of course, in consultation with the government that we publish the report, we will not hesitate,” he told Accra-based Citi TV.