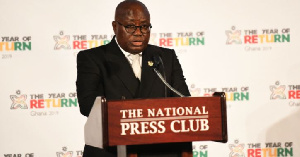 The desire to return to Africa has been recurring in the social and political imagination of African-Americans and other descendants of former slaves who were uprooted from the continent during the Trans-Atlantic slave trade.

After the abolishment of the slave trade in the 1770s, the Back to Africa movement emerged to encourage Africa-Americans to return to the continent. But the movement failed to achieve its objectives as the call to return to Africa achieved little success.

The Back-to-Africa movement emerged in America in the 19th century with a view, as stated earlier, to encourage the return of Blacks with African heritage to return home. The movement persists in contemporary times albeit the enthusiasm is low.

The first Back-to-Africa movement was spearheaded by Paul Cuffe. He was a mixed-race Quaker, a successful former slave and businessman in post-colonial Massachusetts who helped return settlers to Sierra Leone in 1815. The Quakers were the first Society of Friends in the American colonies to denounce slavery.

The British in 1787 established a settlement for poor English black people in Sierra Leone called the Province of Freedom. It later became a British crown colony in 1808.

Cuffe hoped to also establish a prosperous colony in Africa. He wanted to send ships to Sierra Leone with African-American emigrants who would produce exports to the United States every year.

He launched two expeditions in 1811 and 1812 to Sierra Leone. First, he sent a ship with an all-black crew to Sierra Leone where he formed a trading society for the colonists called the “Friendly Society of Sierra Leone”. Then in 1812, he went to Baltimore, Philadelphia and New York to recruit members and support from the free black community for his African Institution to promote emigration.

His dream of Back-to-Africa crushed after facing some financial difficulties. Also, the Africa-American community started to question the Back-to-America movement. To them, it was an attempt by slaveholders to get rid of them from the US as the whites saw the rising black population as a threat.

Eventually, Cuffe’s work was eclipsed by the American Colonization Society (ACS) which resettled slaves to Liberia, West Africa. ACS was founded in 1816 by Robert Finley of New Jersey to send free Africa-Americans to Africa as alternative emancipation in the United States.

ACS soon run into challenges and its mission of relocating Blacks to Africa failed. Scholars have debated the ACS’s motives. While some genuinely believed the group wanted to abolish slavery and resettle blacks, others believe the move was to deal with the growing number of blacks in the Upper South.

Then in the 20th century, Marcus Garvey led another Back-to-Africa movement that eventually failed. His Universal Negro Improvement Association (UNIA) was scorned by the black middle and professional classes. UNIA became the largest mass movement in African-American history and attracted followers throughout the Caribbean, Africa, South America, and Great Britain.

The history of the failure of the Back-to-Africa movement has some historical lessons for Ghana, which recently launched the Year of Return to encourage members of the diaspora and people of African descent to return “home.” Also, the Year of Return was to mark 400 years since the first ship from Africa hitting the shores of the Americas precisely Virginia.

The theme for the event offered an opportunity for Africans in the diaspora to find their way ‘home’, commune and reactivate their love for their roots and people. As a result, a growing number of African-Americans have taken residence permit in Ghana inspired by the Year of Return movement.

What can Ghana learn from the three previous failed attempts to encourage blacks to return home? From my appreciation of the failures of the Back-to-Africa movement, mistrust was a major issue.

Many saw it as an attempt to get rid of black people in the US. In the case of the Year of Return, it will be sustainable if the whole idea is not overly focused on money and investment from the diaspora which could be easily viewed as a sham movement intended to woo blacks.

Also, integration should be pursued as a gradual process and not a one-off event. The Ghana government should designate an institution solely for the Year of Return. Africa-Americans who return to the country could be impressed upon to identify with ethnic groups, for instance, to build a sense of belonging in local communities and the nation. Proper integration manages to reduce culture shock and infrastructure challenges.

A suitable business environment should also be created to encourage diaspora investment. Often, red tape and bureaucratic hurdles in government regulatory institutions turn to frustrate Africa-Americans who want to establish businesses as part of their relocation and integration plans.

The Year of Return movement should be used as a vehicle to give special attention to potential returnees in order to attract more African-Americans as they often come with capital for investment.

Finally, the process should be owned by the state and not an agenda of any political party. That way, the movement around the Year of Return would be sustained irrespective of which political party is in power in Ghana.