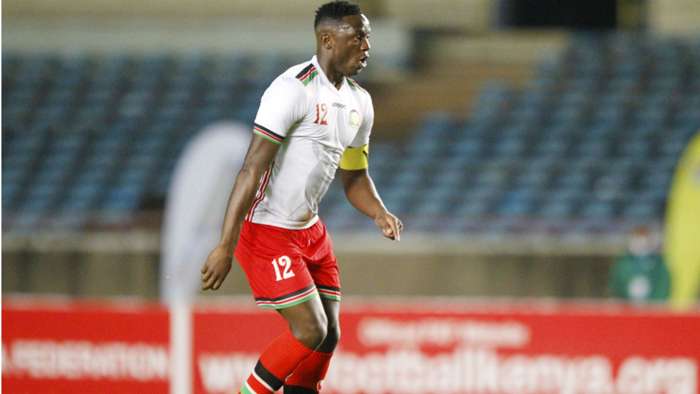 The East African charges are on three points after four games, five less than the islanders who have played the same number of matches

Harambee Stars captain Victor Wanyama has conceded their chance of making it to the Africa Cup of Nations (Afcon) finals are slim.

After the loss, the Jacob ‘Ghost’ Mulee-led charges are now on three points after four Group G games, five points behind the islanders.

“Kenya have a minimal chance of making it to the Afcon finals but it will be hard,” Wanyama told Goal on Monday.

“I am not saying we should relax after the Comoros loss, but to be honest, our chances of making it to Cameroon are very slim.”

The 29-year old has also stated the game was a tough one despite the players giving their all.

He has also stated there was a problem on the technical side but that the coach is the right person to address the issue.

“We were unlucky [to lose], it did not go as planned, we lost but at times football is like that,” Wanyama continued.

“It was a tough game but it is gone and now our focus is on forthcoming assignments, we have to look for a solution now.

“In football, we can win, lose, or draw; there are about one, two areas where we need to rectify. But that is not my job, it is the job of the technical bench. The players give absolutely everything.”

Acknowledging how difficult it would be for Kenya to qualify, Football Kenya Federation president Nick Mwendwa said the only secret remaining is to work hard in the remaining qualifiers.

“We have to work hard but it is harder now for us to qualify for the Afcon,” Mwendwa told Goal on Monday. “We must keep working hard, 2016 was just like this one, but actually I can say this looks even better. Article continues below

“Our target is to continue working hard, we have the World Cup and another Afcon event coming up after this so we must make sure we build a strong team for the coming events.”