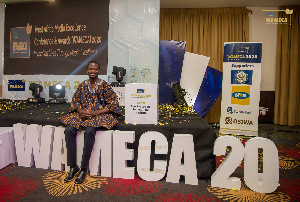 Mr Awuni won the prize on the ticket of a story titled: “Grounded Wheels,” which sought to expose the waste of resources on the continent, despite the little socio-economic progress.

In an interview with the Ghana News Agency, he said there was a need for the state to ensure the safety of investigative journalists, by actively creating a safe environment that complimented their work.

“If someone threatens a journalist, we should not wait for that journalist to be killed, immediate measures should be put in place to protect that journalist from harm in the first place,” he said.

Mr Awuni encouraged journalists, especially young and upcoming ones, not to allow fear or intimidation from any quarters to stop them from pursuing justice.

“Fighting corruption easily turns you into a target to be gotten rid of, but you need to press on and help build a clean society,” he said.

Six other journalists from the sub-region received awards in other categories.

What Rawlings should have done before his death – Dr. Ayensu divulges