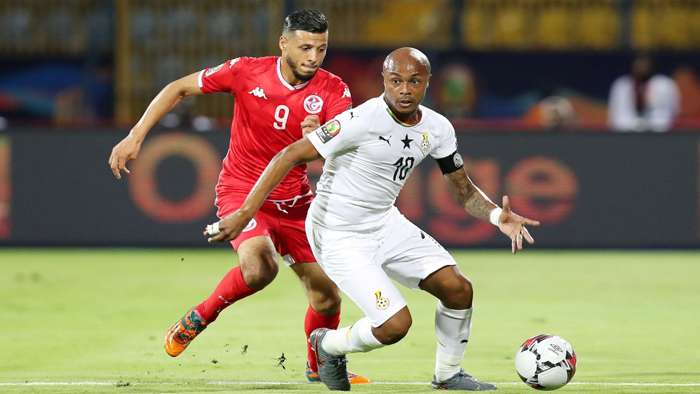 Ghana coach CK Akonnor believes his team will have to find a way to deal with the absence of talismanic captain Andre Ayew in Tuesday’s 2022 Africa Cup of Nations (Afcon) qualifier against Sudan.

The Black Stars are set to play as guests to the North Africans in a matchweek four fixture at Al Hilal Stadium in Omdurman, five days after relying on two goals from the Swansea City forward to register a 2-0 triumph in a first leg fixture in Cape Coast.

Ayew, who similarly netted twice in Ghana’s last game coming into the November Afcon qualifiers, has been forced to withdraw from the reverse fixture due to an injury picked up during Saturday’s training session in Accra.

“First of all, he [Ayew] is the leader of the team and so if you don’t have your leader, it’s always a problem,” Akonnor said, as reported by the Ghana Football Association’s official website.

“But having said that, these are professionals, they have been in Europe for quite some time now, they are doing well so they know what to do, and of course, with a bit of guidance from the technical team, I think they will be able to do well.

“He [Andre] is not in and so it won’t be necessary for us to talk about it. Yes, we have lost him, he delivered, he gave us two goals the other day.

“But now he is no more there and so we have to deal with it and strategically we will find a way as to how we will play and get success.

“The likes of [Mubarak] Wakaso and [first-vice captain Richard] Ofori have always been positive within the team in terms of team spirit and how to move the boys to follow the rhythm and I think it’s been positive and we are hoping that they translate that into the game tomorrow.”

Orlando Pirates goalkeeper Ofori, despite being within the team in Sudan, will be unavailable for Tuesday’s encounter due to suspension resulting from the accumulation of yellow cards.

Like Ayew, he was also in full team action in Thursday’s match.

“Well, we need a balance [to win the game]. The right balance in attack and defence,” Akonnor added.

“In our first game, we found ourselves struggling when we lost possession and that is what we have worked on since the last match.