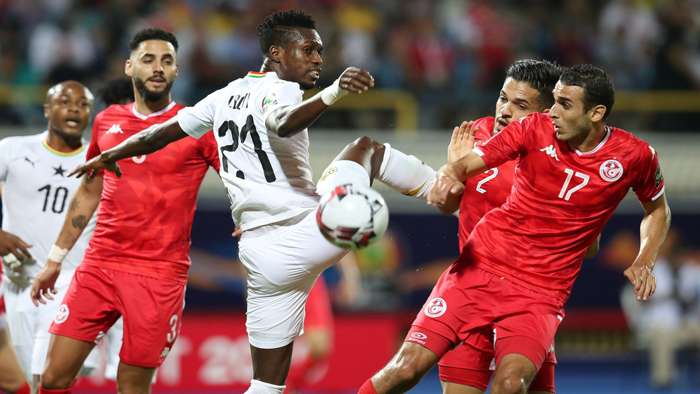 Ghanaians were visibly displeased by the Black Stars’ shocking defeat to Sudan in the 2022 Africa Cup of Nations qualifiers on Tuesday.

Fresh from registering a 2-0 home triumph in a Group C matchday three clash on Thursday, CK Akonnor’s outfit were stung in the reverse fixture in Omdurman as Mohamed Abdelrahman scored in the second minute of injury time to secure all three points for his side.

The defeat at the Al Hilal Stadium has delayed Ghana’s qualification for the final tournament in Cameroon. A win or a draw would have confirmed the Black Stars’ place at the continental gathering.

Ghana still top the table in Group C despite the defeat but now sit tied on nine points with South Africa.

Sudan occupy the third position with six points, while Sao Tome and Principe sit bottom of the standings, having lost all four games played thus far.

Ghana, four-time African champions, will have to wait until next Match to possibly secure their Afcon 2022 qualification as the series is set to take a four-month break.

In their next game, the Black Stars will play away to South Africa in a top-of-the-table clash before wrapping up the qualifying campaign with a home tie against Sao Tome and Principe.

A place at Cameroon 2022 will be Ghana’s 23rd appearance at the showpiece.

Below are some social media reactions to Tuesday’s defeat:

Martin Amidu must be investigated – ASEPA