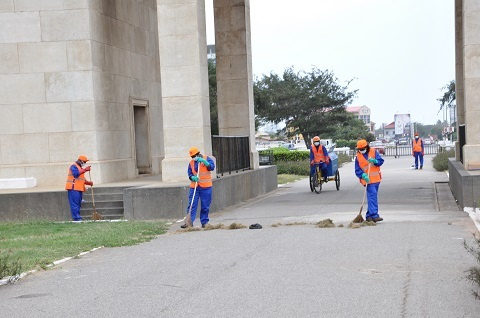 Deputy Minister of Sanitation and Water Resources, and Member of Parliament for Okaikwei Central, Patrick Yaw Boamah, has stated the government is on course to making Accra the cleanest city in Africa.

President Nana Addo Dankwa Akufo-Addo in 2017 pledged to make Accra the neatest and best city in Africa by the end of his first term of office.

“The commitment we are making and which I want you all to make with me is that by the time we end our four-year term, Accra is going to be the cleanest city in Africa,” he stated.

The President said this in an address he delivered after he had been installed a chief by the people of Jamestown and the Ngleshie Alata Traditional Council under the title Nii Kwaku Abladey Okudzeaman I, which means ‘Royal Warrior who champions the welfare of his people’.

However, a section of the Ghanaian public has doubted the fulfilment of the pledge considering the level of filth in the capital.

Speaking on Frontline on Rainbow Radio 87.5FM, the Deputy Minister and MP, was hopeful this would be achieved.

He stated that the government has done its best to make Accra clean.

He bemoaned how citizens’ activities continue to derail the government’s efforts towards this goal.

He called for an attitudinal change by Ghanaians to ensure that this aim is achieved.

He encouraged Ghanaians to stop open defecation, desisting from throwing garbage into gutters.