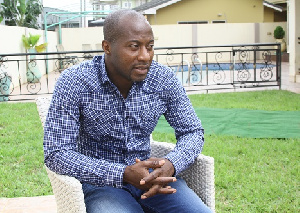 Ibrahim Tanko, the head coach of the Black Meteors says he has not received any offer from Premier League side Legon Cities to be their head coach.

The former assistant coach of the Black Stars said that contrary to rumours in the media space, he has not been approached by Legon Cities.

He stated that he is not against the idea of joining the Royal but a deal is far off the cards as no communication has come from the club.

He told GhanaWeb that when an offer comes, he will consider it and if the conditions are right, he will take up the mantle of being the head coach of the club.

“I have not been contacted by anyone from Legon Cities. I have seen the stories on social media but no one has spoken to me about. I’m open to joining any club as far as the conditions are right. I will consider a lot of things before making any move so if they come and convince me about the project, I will join”, he said.

Tanko becomes the second person to refute links of being on the verge of joining the Royals.

Former Hearts of Oak coach, Kim Grant was mentioned as being in negotiations with the club but he has come out to deny it.

Grant, like Tanko will not rule out joining Legon Cities but explains that there has been no contact between the two parties.

“Oh, of course, I would, if there is an opportunity I will come but at the moment I have not spoken to anybody. I am in the Czech Republic right now but if a call comes in one of these days, I will be ready for it,” he is quoted by Kickgh to have said”.

Police should have stopped fans from entering the stadium – Albert Commey