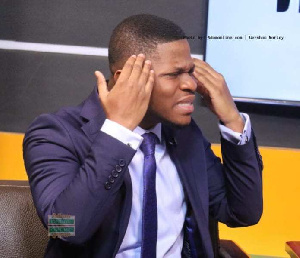 Sammy Gyamfi said everything happening in the ongoing election shows that the party will emerge victorious.

The NDC’s John Dramani Mahama is aiming to unseat NPP flagbearer and incumbent President, Nana Akufo-Addo. Speaking at a press conference on Monday, Mr. Gyamfi accused the ruling NPP of attempting to rig the polls.

“You have seen incontrovertible, indisputable evidence that shows the NPP is engaging in ballot stuffing, not only in the Ashanti region but in other parts of the country,” he said.

“It’s happening in Greater Accra. As a matter of fact, just Circle here, it’s been widely reported by the media that a lady was arrested with ballot papers which had already been thumb-printed and stamped.”

Ghanaians across the country voted to elect a President and Members of Parliament (MPs).