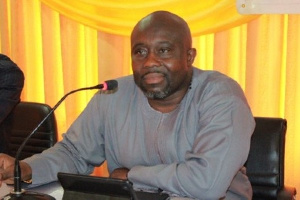 Mr. Amoah notes, constituents of that enclave with all due respect, do not need “elite politics “.

He seems to say the deputy Minister of Communication failed to stoop to the level of his people hence their beef with him and corresponding punishment.

Michael Ebo Amoah indicates that the umbrella of the Tetteh family of Awutu always enjoys the love of the indigenes of their late dad, Dr. Tetteh. A legacy he advised the Ghana/Hungary family must protect always.

Still, in that very telephone interview, Mr. Amoah said in plain words that the elected female New Patriotic Party (NPP) MP for Mfantseman, Ophelia Mensah Hayford would only be a single term legislator.

Mrs. Hayford succeeded her assassinated husband, Hon. Mensah Hayford. Her husband was killed during the peak of the 2020/election campaign while he was on his way back home from a political assignment.