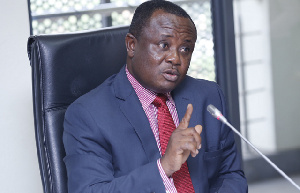 He said, whereas the constitution states clearly that MPs are lawmakers, the voter expects them to be agents for development.

This situation, he said, creates difficulties for the legislators.

The First Deputy Speaker in Parliament told TV3 in an interview that “It appears to me that what the constitution assigns an MP and what the voter expects of a Member of Parliament are irreconcilable.”

“The voter expects the MP to be the agent if development whereas the constitution makes the MP the legislator.”

“I think that to be fair Ghana is becoming money prone.”

Political party that made history in 2020