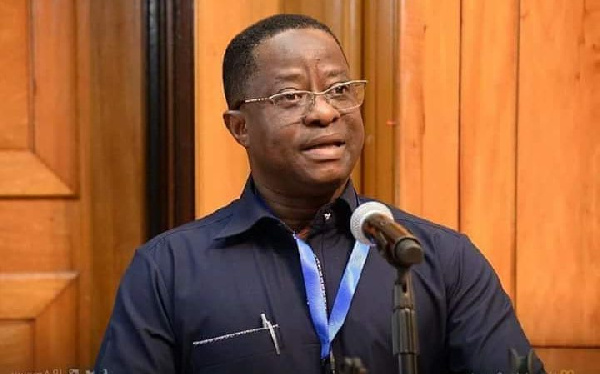 The Ghana Police Service says it is investigating a case of assault on a court bailiff after he was attacked by alleged supporters of NPP MP-elect for Hohoe and Energy Minister John Peter Amewu.

The victim, Emmanuel Aziaka, had gone to Wli Todzi in the Hohoe Municipality to serve a court document on the Minister who had attended a victory party there.

Emmanuel in an interview with Joy FM said he was accosted and bundled into a black V8 vehicle and whisked away by some heavily-built men.

The officer of the court said he was taken to an area between Fodome Agbesia and Torganu where he was beaten to pulp.

“Before I realized one macho man held my neck and pushed me into one of their 4×4. And he said I am coming to destroy a Minister… And he started slapping me and they drove the car to the Fodome junction where they beat me and seized my documents, my phone and other court documents”, Mr Emmauel Aziaka told Joy FM.

“Mr Amewu rolled down the glass of His car when I was being attacked and rolled it back up, ” the victim also told Citi FM.

“Indeed we have commenced investigations into the incident. We have issued a medical report for him to seek medical treatment and when he reports back we are going to proceed with investigations”, the police spokesperson said.

“He is supposed to assist us in our efforts at getting those behind this issue…and so we will look for them” he added.

Meanwhile, Mr Amewu is yet to comment on the matter but his aide Joshua Homenya had told Citi FM that his outfit knows nothing about the development.

The injunction is also to stop Mr Amewu from holding himself out as the Member of Parliament for the constituency.

This was after an ex-parte application was argued in court by Tsatsu Tsikata on behalf of applicants who hail from Santrokofi Akpafu Likpe and Lolobi, towns who were prevented from voting in the parliamentary elections of December 7, 2020, under the Hohoe constituency as was constituted under CI 95.

They had brought an action for the enforcement of their fundamental human rights specifically their right to vote and the right to representation in the Parliament of Ghana.

Mr Peter Amewu won the Parliamentary Election in Hohoe after the four towns, ie, Santrokofi, Akpafu, Lolobi and Likpe were carved out of the Hohoe Constituency to be included in the newly created Oti Region.