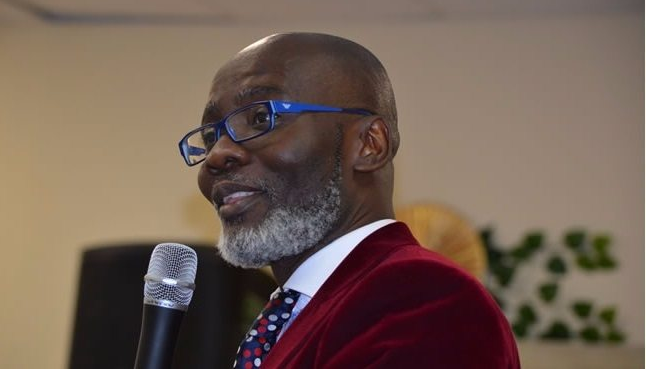 Lawyer Moses Foh-Amoaning has challenged Gabby Otchere Darko to speak up on what he really believes when it comes to the LGBTQ+.

He dared the politician to rather not hide behind the argument that people should stop hating gay people even if they do not support their action.

His challenge comes after Gabby Otchere Darko took to his social media page to advise against hate for people of the LGBTQI community.

His tweet read: “You don’t have to be pro-gay to appreciate their situation. You only have to be human. Let us be careful and not generate an intense hate campaign against homosexuals. You can speak for the law and ‘culture’ minus hate. Hate sucks!”.

But lawyer Moses Foh-Amoaning, reacting to Gabby’s comment told Sefa Danquah on the ‘Epa Hoa Daben’ show: “He has said his mind but we are not generating any hate. On the contrary, we are building a hospital to help them. You see that is the strategy of homosexuals and LGBT propagandists.

I wish Gabby will be open and say it as it is. One, he is an atheist, he doesn’t even believe in God and he believes in homosexuals. He shouldn’t hide behind his words. He and some of his friends believe in it and I don’t want him to run away from it. Let’s confront it and debate it”.

He furthered that mostly, activists of the LGBTQ+ tend to focus on the identity of the individuals involved in this act rather than focusing on the “their behaviour and the consequences of their behaviour”.

In his submission, he reiterated that his organization, the National Coalition for Proper Human Sexual Rights and Family Values does not hate the LGBTQ+ people. Rather, they are willing to help them reform from this unnatural way of life.

News circulated that the LGBTQI+ Rights Ghana opened an administrative office in Tesano, a suburb of Accra.

The group organized a fundraiser which was attended by several diplomats including the Australian High Commissioner who pledged to support the group.

Some groups and organizations such as the National Coalition for Proper Human Sexual Rights and Family Values and Ghana Catholic Bishops Conference demanded for the closure of the recently opened LGBTQI office in the country.

Meanwhile, President Nana Addo Dankwa Akufo-Addo has ordered for the swift closure of the LGBTQI office in the country.