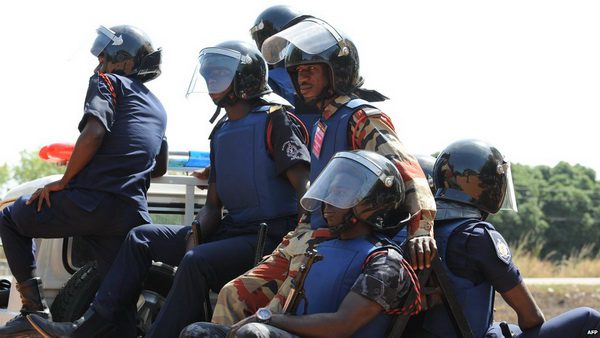 The Upper East Regional minister, Stephen Yakubu, has called for calm among residents in and around Bawku following the sporadic gun shots in the town last night.

The regional minister who is also chair of the Regional Security Council (REGSEC) said the council is currently in a crunch meeting on the wayforward.

Sources in Bawku told TV3’s Upper East Regional correspondent, Tanko Mohammed Rabiu, that the incident was linked to a planned funeral of a late Bawku Naba who died 41 years ago.

“The Regional Police Commander briefed the meeting on the intelligence picked by the Security agencies about the intended event of the Mamprusis in Bawku.

“He indicated that the intended funeral/rituals will pose security challenge which is likely to breach the peace of Bawku and also in breach of the Public Order Act since the Police was not informed about the holding of the public event.

“He informed them that the Police had secured a restraining order from the Court for service on them to restrain them from carrying out any such intended event.

“There were comments from the other participants from the security agencies. The Mamprusi group at the meeting spoke and mainly denied any intended funeral and installation of new chief at Bawku.

“They however, admitted that they intended to perform some rituals for their late chief who died some 41 years ago. That their intended rituals had the blessing of Nayiri and would not present any security challenge to Bawku. The Restraining order was read and served by the Regional Crime Officer on Dr. Sam Bugri on behalf of the group.

“The meeting ended with the Regional Commander appealing to the group to respect the order and cooperate with the Security agencies to maintain Security in Bawku and it’s environs. The meeting at 1400 hours without any incident. The situation is being monitored closely. Any further development shall be communicated please.”

ECG does not intentionally put-off lights when it’s raining