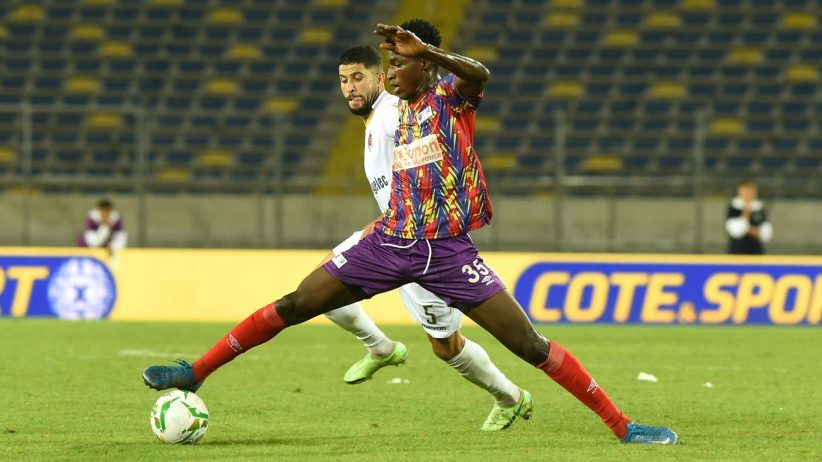 Ghanaian champions Hearts of Oak have been bundled out of the Caf Confederation Cup following a 4-0 away defeat to Algerian side Saoura on Sunday.
An Oussama Bellatreche double, an Abdeljalil Saad strike and an Aziz Lahmeri effort ensured a resounding victory for the North Africans in the play-off second leg home fixture at the 20th August Stadium in Bechar.

Despite a 2-0 home win in Accra in the first leg, the Phobians have been kicked out of the competition, falling on a 4-2 aggregate score.

The disappointment also marks the end of their 2021-22 African campaign, having begun the season in the superior Caf Champions League where they suffered a preliminary second-round elimination at the hands of Moroccan side Wydad Casablanca.

The Champions League exit sent them into the second-tier Confederation Cup for a second chance to make an impact in Africa this term but it was never to be this season.

Saoura, meanwhile, have qualified for the group stage of the competition by Sunday’s big win.

Following their humiliating 6-1 away defeat to Wydad, Hearts had hoped for better fortunes on their return to North Africa.

Their ambition, however, took a first hit in the 21st minute when Saad saw a low near-post shot beat the goalkeeper to put Saoura 1-0 up.

Only three minute into the second half, Bellatreche netted his second of the night and his side’s third, putting the team firmly in front to progress to the next round.

Hearts, at this point, had nothing to lose as they needed to score in the game at all cost to stand any chance of qualifying to the next round of the competition.

The Phobians consequently opened up more, taking a lot more risks and throwing everything. Their new approach lifted their game slightly, keeping the score at 3-0 until two minutes to full-time when Lahmeri beat his marker to release a shot from inside the box into the net and make it 4-0.