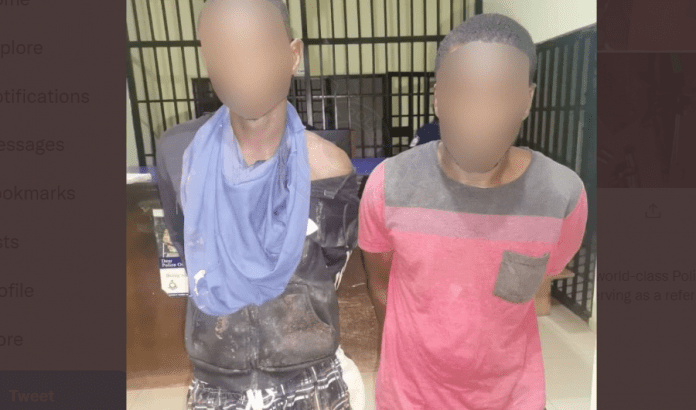 The Police in Accra at dawn this Sunday, December 5, 2021, have arrested two men, Samuel Agyei and Sumaila Mahama, on suspicion of involvement in a robbery.

The two suspects were arrested following a distress call received by the Police patrol team that some unknown men had invaded a neighbourhood at CPL Estates , East Legon Hills, a Police statement said.

It added “The Police rushed to the scene and with support from some of the residents managed to arrest the two suspects.”