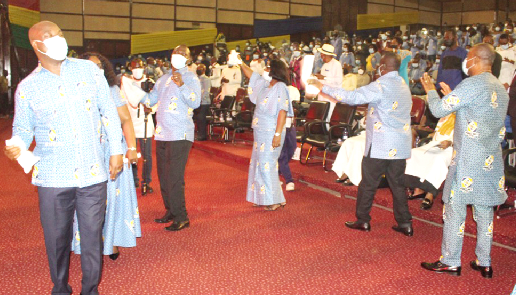 A Ghanaian conglomerate, the First Sky Group, is sponsoring the construction of a kidney transplant centre in the country, believed to be the first in West Africa.

The centre is expected to serve patients in Ghana and West Africa, who otherwise would have sought such care in India, South Africa or elsewhere.

The Executive Chairman of the First Sky Group, Mr. Eric Seddy Kutortse, made this known at the 19th Annual Thanksgiving Service of the group, in Accra last Sunday.

The service was on the theme: “Out of God’s abundance, we have received grace upon grace”.

Mr. Kutortse, who announced the sponsorship of the modern kidney transplant centre, said the centre, which was yet to be constructed would be completed this year.

When completed, it would not only be a revenue generating medical service provider, but also help to reduce the use of hard currency to fund kidney transplant services outside the country.

In 2017, he said, the First Sky Group supported the Dialysis Unit of the Korle Bu Teaching Hospital in Accra by paying off all the medical bills of all patients at the facility, and instituted free dialysis for patients who used the unit frequently.

Since the inception of the initiative, Mr. Kutortse said, the First Sky Group had spent GH¢20 million on the free dialysis project.

The Executive Chairman appealed to the government to consider making at least two sessions of dialysis a part of the medical services covered by the National Health Insurance Scheme.

The First Sky Group which has been in existence for the past 19 years, is a diverse wholly owned Ghanaian holding entity with subsidiaries with interests in hospitality, construction, insurance, banking commodities trading and bitumen processing.

It currently offers employment to more than 5,300 people, including direct and indirect employees.

President Nana Addo Dankwa Akufo-Addo in a speech read on his behalf by the Minister of Sanitation and Water Resources, Ms. Cecilia Abena Dapaah, said the government was committed to raising sustainable businesses in the private sector.

He commended the First Sky Group for partnering the government in the area of health and supporting kidney patients in the country.

The Founder of Action Chapel International, Archbishop Nicholas Duncan-Williams, in a sermon titled “Being thankful,” urged all to be grateful for all they had and how far the Lord had brought them.