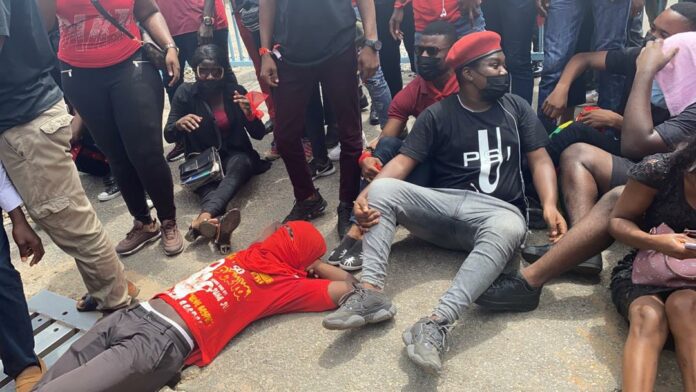 The planned demonstration by the Coalition of the Concerned University Students over the condition of students on campuses which was expected to take place today Tuesday February 8, has been postponed.

According to a statement issued by the group, the Police said the public stands to be inconvenienced by the use of the approved routes hence the decision to postponed the march.

“The coalition of the concerned University students has noted with grave concerns and despair the deliberate attempt by the government through the Ghana Police Service to frustrate its intended demonstration in the most unwelcoming manner we are equally expressing our revulsion at the Greater Accra Regional Police Command for reneging on the agreed modalities for the demonstration and resorting to intimidation,”

The demonstration was to see the students march to the Jubilee House and Parliament to get government to address concerns of their lecturers, who have been on strike for the past four weeks.

They claimed they have been the victims of the tussle between government and the University Teachers Association of Ghana (UTAG).

The demonstration was supposed to have taken place on Thursday, February 3 but was postponed due to the emergency Extraordinary Summit of the Economic Community of West African States (ECOWAS) in Ghana’s capital city on same day after the Police advised the students to delay their action by one more day.

Abandoned tollbooths to be converted into washrooms – Roads Minister

Akufo-Addo can’t account for the loans he has received, he has no projects to show for – CSJ