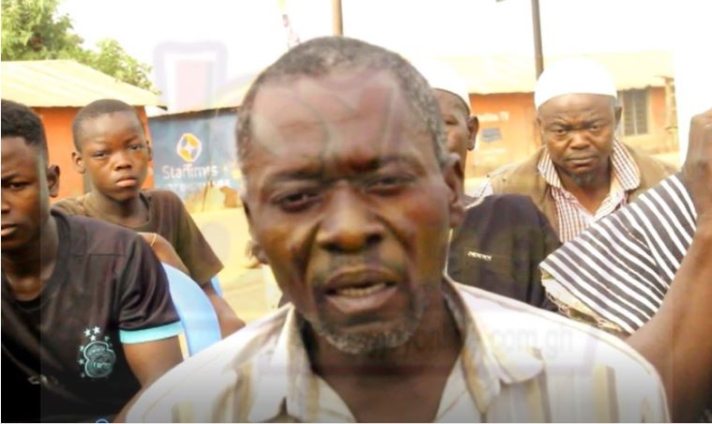 The Father of the 18-year-old teenager who died in the Lamashegu shooting in Tamale has expressed his anguish over the incident.

Mr Yakubu Sayibu said his son, Abdul Hakim Yakubu, did nothing wrong yet was shot and killed by Police officers on Sunday.

According to him, since he is powerless, he puts the matter in the hands of God to give him justice.

“If it is power they have exhibited, for me Allah is the owner of absolute power,” he said in tears.

Abdul Hakim Yakubu is one of the Junior High School Students of the Umar Al Mutar who wrote his Basic School Certificate Examination (B.E.C.E) this year.

According to reports, the teenager was playing football with his friends on the Zosimli Junior School High Park when the shooting started.

In a bid to escape to safety together with his colleagues, he was hit by a bullet.

JoyNews gathered that the bullet hit his hand smashed it, and penetrated through the ribs.

Seven other people were also injured in the violent clash between the police and youth at Lamashegu.

Four are said to have sustained gunshot wounds, whiles three others got injured in their bid to escape the firing.

The Assemblyman for the Sagnarigu Dungu Electoral area, Alhassan Imoro, told JoyNews the mother of the boy is yet to come to terms with his death.

“The mother is grieving so much; I have never seen a woman in such pain,” he said.

Mr Imoro added that the whole Bayawaya community, where Hakim lived, has been thrown into a state of mourning.

The shooting incident at Lamashegu stated after the police tried to arrest a 24-year-old man, Rahaman Jabir, who sought refuge at the Lamashe Naa Palace.

Rahaman was said to be driving an unregistered vehicle when the police stopped him, but when he refused to stop, he was pursued by the police, and in the process, he was shot.

The 24-year-old managed to drive to the Lamashegu Chief Palace, but the police pursued him there.

The youth of the area got angered for what they described as total disrespect to the traditional ruler leading to unrest.

I stand by ‘political judges’ statement; focus on your core objectives – Sosu to GBA