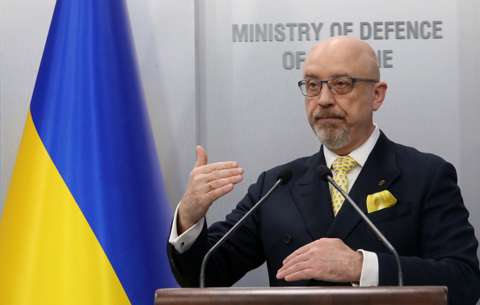 In a letter addressed to Kyiv’s armed forces, Oleksii Reznikov said Moscow’s decision to recognise two breakaway regions in eastern Ukraine shows that the Kremlin has taken another step towards the revival of the bloc, which collapsed in 1991.

“The Kremlin took another step towards the revival of the Soviet Union. With the new Warsaw Pact and the new Berlin Wall,” Reznikov wrote. “The only thing that separates from this is Ukraine and the Ukrainian army.”

“Our choice is very simple – to defend our country, our home, our relatives. Nothing has changed for us,” he went on.

“There are some tough challenges ahead. There will be a loss. You will have to go through the pain, overcome fear and betrayal. But victory awaits us. Because we are on our land and the truth is behind us.”

Reznikov also accused Moscow of “criminal” behaviour and of attempting to “hold the free world hostage”.

We should not hesitate to take action – UK minister