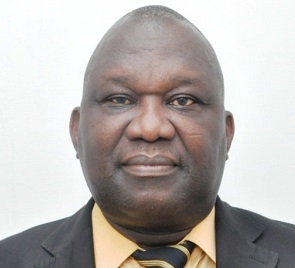 The Provost of the College of Education at the University of Ghana, Professor Martin Oteng-Ababio, said notwithstanding the inflow, there was a bleak future for the country’s sanitation sector due to policy failures over the years.

For instance, he observed that although the government introduced a 10 per cent Environmental Excise Tax (EET) on plastic manufacturers earlier in 2011 to mobilise funds to curb the plastic menace, there was no reliable information on how much had accrued to the fund and how it had been utilised to tackle the plastic menace.

The sanitation levy is targeted at raising funds for investment in sanitation sector infrastructure.

Prof. Oteng-Ababio made the observations during an inaugural lecture at the University of Ghana, Legon, dubbed: “Double standards, single purpose: deconstructing the fence wall for sustainable municipal waste management”.

Tracing the historical path of Ghana’s waste management systems from the colonial era to date while providing critical review of policy options, Prof. Oteng-Ababio said although there were over 136 waste policies in the country, those policies were largely “inappropriate, misplaced, irrelevant and harmful,” stressing that most of them were politically laden.

“I consult for most of the big companies in the sanitation and waste management space. Anytime there is a change in government, they shiver because if you invest in waste management equipment and there are political issues, you are in trouble,” he said.

He also examined how waste, in its diverse forms, had been defined, conceptualised, produced and managed in contemporary urban environments and across different cultural practices.

The lecture was anchored on the position that managing municipal waste was inextricably linked to the rate of urban growth, the level of development, climate change dynamics, and the prospect of promoting human-centred and environmentally friendlier management futures.

For instance, he said, the current polluter-pays waste policy that put the burden on people who generated waste to pay for their collection was done without taking into account their ability to pay.

He argued that such a regime provided fertile grounds for the poor to dump waste anyhow because they could not afford the cost of the waste.

“Polluter pays simply implies that if you can pay, find someone to collect it, but if you cannot, find somewhere to dump it,” he said.

He stressed that waste transportation and disposal were the responsibility of the government, “the one who takes my tax and governs me”.

Prof. Oteng-Ababio said it was worrying that weak policies and ministerial conflict in terms of the implementation of waste management policies had left the country riddled with filth in spite of the tax regimes that had been imposed to improve sanitation.

However, he said, with the establishment of the Ministry of Sanitation and Water Resources (MSWR) in 2017, and the existence of the Ministry of Local Government and Rural Development, the assemblies — the implementing agents for all waste policies and programmes — had now been rendered “orphans” with no sector ministry to plan and budget for their basic needs.

“Today, the MMDAs’ retooling, logistics, welfare, and other relevant problems hang in the balance,” he said.

Prof. Oteng-Ababio further observed that Ghana’s waste management architecture was problematic because it focused more on waste collection and not management.

Again, he said, there were no proper engineered landfill sites in the country despite claims to the contrary.

The geography professor added that the waste and sanitation strategies by city authorities had so far “grossly ignored the known historical focus on socially all-inclusive planning designs”.

“In its stead, they have adopted what appears to be a stomach direction approach that unduly promotes a market-led agenda, largely ignoring the good public nature of waste,” he added.

He said such a situation raised concerns about whether the focus of the service was on cost-recovery or the pursuit of social and environmental justice.