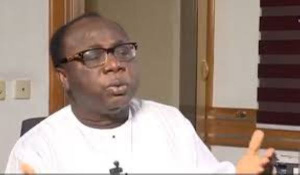 Fredie Blay, National Chairman of the New Patriotic Party (NPP), has stressed the need for party members to continue to work hard to retain the party in power.

He said the party needed to hold on to power for many years to help transform the country and work to improve the living conditions of the people.

Speaking at the outdooring of Parliamentary Candidates (PCs) of the NPP in the Ashanti region in Kumasi, he said the NPP was the only party that had policies and programmes aimed at transforming and uplifting the people from their present socio-economic challenges.

He said the introduction and implementation of several initiatives by the NPP government in its first term of office had put the country onto the path of recovery and gradually helping to transform the lives of many people.

It was therefore important for all party members and supporters to intensify their campaigns to sell the good works of the government to enable the people to vote to retain it in power to continue with the transformation agenda.

Mr Blay pointed out that the party needed about 95 percent of votes in the Ashanti and said the national leadership was working to provide all the needed support to enable the region to obtain that objective.

He urged regional, constituency and electoral area executives not to take things for granted and be complacent of the achievements of the government in its first term, but continue to work hard from house-to-house to sell the good message of the party to enable it to garner more votes in the December elections.

Mr Lord Commey, Deputy National Campaign Manager of the NPP said Ashanti was the heartbeat of the party and there was the need for all members to work hard to retain the party in power.

‘You have a charge to keep’ he told the party executives and the parliamentary candidates and urged them to work with everybody to ensure that the party won the 2020 elections.

Mr Bernard Antwi Boasiako, Ashanti Regional Chairman of NPP, said the agenda 47/47 was on course to win all the seats in the region for the NPP.