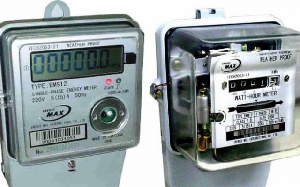 The Electricity Company of Ghana is lamenting how some of its non-lifeline customers have refused to settle their bills after the expiration of government’s three-month COVID-19 electricity subsidization in July.

When the three-month period expired at the end of June, government extended the subsidy for the remainder of the year for the lifeline consumers and said non-lifeline consumers were to revert to paying their bills in full.

Speaking in an interview with the state broadcaster, GBC, the Director of Training for the Electricity Company of Ghana, Dr George Marfo said there has since the expiration of the subsidy been some reluctance on the part of non-lifeline consumers using postpaid metres in settling their bills.

“Our clients will not willingly come to our places to pay, we were devising new strategies to get them to pay. We felt that if we sensitize them they will willingly come to the offices to pay rather than resorting to disconnection and those things that create a lot of inconveniences.”

He said with the government subsidy expired and clients refusing to come in and settle their bills, ECG is going to embark on a sensitization campaign to make the public aware of the expiration in the hope that they will be informed enough to settle their bills so that they as a power distribution company can keep on serving the nation with uninterrupted power supply.

Gender Minister hints Affirmative Action Bill will be passed in 2021